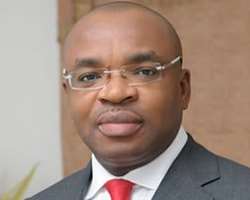 The Akwa Ibom House of Assembly on Monday elected Mr Onofiok Luke as its new Speaker.

Luke, who represents Nsit Ubium constituency emerged as Speaker following the nullification of the election of the former Speaker, Aniekan Uko.

The Appeal Court Tribunal sitting in Abuja had last week nullified the election of the former speaker.

In his acceptance speech, Luke promised to work with the executive to bring development to the state and ensure that the dividends of democracy reached the grassroots.

The new speaker said he would operate an open door policy and continue from where the former speaker stopped as the House adjourned sittings to Tuesday, Dec. 22.