AFRICANS CANNOT BUT OUR LAND GRABBERS CAN FEED THE WORLD 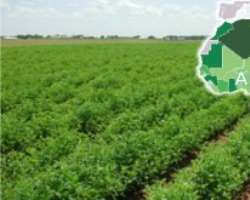 When we were little kids growing up in Africa, parents usually told us that our land is so blessed; seeds can grow anywhere because we are situated around the tropical region. In other words Africa has the most fertile and arable land all year round. So there should be no famine in Africa than any other continent. Starving children on television and radio are used to ask for donations around the world. The land that produces milk and honey is only good for land grabbers' export?

If there is any doubt about what our parents told us of fertile and arable land in Africa, the land grabbers were also listening wherever they are. Do not ask how, we can leave that for another day. What is obvious is that in order to increase their appetite for consumption of tea, coffee and cocoa, African countries were assigned what crops to plant in and for which countries.

These were in stages. It started as friendly advice to the farmers, then assignments and later some help on how to till the land better, rotate crops and supply fertilizers. African farmers were practicing all these before the Europeans came since agriculture was the main occupation in many parts. The only way to increase production to satisfy population increase and export out of Africa was to use chemical fertilizers and then graduated to genetic modification of seed.

As a result, chickens, goats, cattle, pigs and various animals for consumption got bigger just as the tomatoes and peppers triple in sizes. Genetic modification also made some crops resistant to insects just as chickens inoculated with antibiotic prevented opportunistic diseases from wiping out lifetime investments. Along the way, these chemicals and antibiotics became excessive. Genetic modification became so rampant, agricultural products became seedless.

Some European, American and their farms revolted, went back to African “natural” production. Monsanto became the face of genetically modified seeds in the third world countries. Farmers lost control over their seeds and had to depend on big corporations for seeds at exorbitant prices. In order to survive, many of them had to go to the banks and take loans using their farms as collaterals. It became a disaster for Indian farmers as they lost their farms to the banks.

Africa land grabbers have decided on other ways. Instead of dealing directly with farmers and taking the blame for their loss of control over their land, they have decided to deal with their politicians by buying acres of land, cultivate farms with their “scientific workers”, equipment and employ locals for the lowest jobs that pays very little. It gave land grabbers complete control since it is the politicians that sell or “lease” the land to them.

So Africans that cannot feed themselves at home are relinquishing their farms to foreigners that can use the same land to feed the outside world. The Europeans and American are the major agribusiness corporations but the Asians are not far behind. Indeed, the Asians are making more mutually favorable terms than the Europeans and Americans. The competition among land grabbers are so intense, the scramble for land in Africa is on.

It is not unusual for the Americans and Europeans to call world attention to Chinese exploitation in Africa! They claim the Chinese are buying up Africa like them and like them, Chinese are only interested in Africa's natural resources. Some of the studies indicated that the Chinese get more involved with corrupt leaders of Africa. For example, it was noted that most of Chinese investments are concentrated at the hometown of the leaders of the countries.

Africans see this as the pot calling the kettle black. Sincere Americans and Europeans agree that until Africans themselves put their house in order, nobody can serve their interest better. Our leaders are more interested in short term gain than making sure that African children have a better life than them. Most countries have three and five years development plans. African leaders give great speeches on their development plans while stuffing their immediate pockets.

We know that at the end of each development plan, the new administration or the new coup leader in Africa would cancel his predecessor's plan for his own while projects rut or are overtaken by bush or lack of maintenance. Previous agreements with foreign contractors are cancelled if new percentage of kickback already paid to previous government eluded them. In spite of laws against kickbacks in many countries, African politicians always find a way out.

China does not create a new problem in Africa, they are just trying to cope with the Europeans and Americans and in some cases making better deals. What is devastating to African industries like textile, is copying African patterns and producing them with cheap low quality cottons in Asia countries. Thereby, they kill local African jobs. See Deborah Brautigam's Blog explaining that China meant well and debunking the “myth”.

Nigeria actually lured in Zimbabwe farmers that were spiteful of Africans in their Country for demanding more land. They came to Nigeria getting all incentives they demanded. Low interest loans, freedom to price, export their products and take their profit out with large allocation of foreign exchange apart from fertile arable land in Kwara State. They blame politicians for taking or asking for lion share of their companies so that they could be well protected.

What technology is needed in food production that any of our colleges of technology are not aware of? We are so obsessed with corruption, we prefer the land grabbers to come in and produce on the same land that cannot feed our children but can feed the world. Yes, until we are ready to put our house in order, nobody would do it in our interest.

Land grabbers dictate what to plant, how to, when to, who to sell to and at which price. They control all aspect of the market on African land. Oh, out of pity, they may feed the hungry kids.