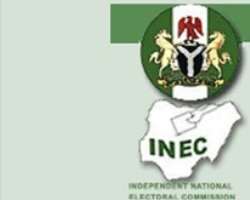 Delivering judgement in a suit – FHC/ABJ/CS/806/14 dated October 29, 2014, jointly filed by the three deregistered political parties against INEC and the Attorney-General of the Federation, challenging the decision by INEC, presiding judge, Justice Ademola Adeniyi, held that the offending section of the law, Section 78(7)(ii) of the Electoral Act 2010 (as amended) is unconstitutional, invalid, null and void to the extent of its inconsistency and a violation of the provisions of Sections 1(3), 40 and Sections 221-229 of the Constitution of the Federal Republic of Nigeria 1999 (as amended).

The court also held that INEC cannot deregister the political parties, except in accordance with the provision of the Constitution of Nigeria.

Justice Adeniyi also set aside the purported deregistration of the three political on the basis of Sections 78(7)(i and ii) which was done without affording the parties the opportunities of being heard, saying INEC's actions amounted to gross violation of Sections 36 and 40 and Sections 221 and 222 of the Constitution of the Federal Republic of Nigeria.

Further to his judgment, the court granted an order nullifying the purported deregistration of the three political parties by INEC, declaring same to be illegal, unconstitutional, null and void.

The Judge also gave an order of perpetual injunction restraining INEC from further attempting to implement and/or enforce the said deregistration policy against the political parties, their offices, properties and assets.