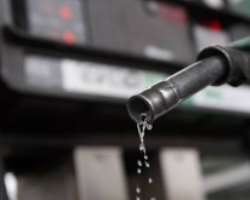 BEVERLY HILLS, December 16, (THEWILL) – The debate over oil subsidy removal has continued unabated with its attendant sentiments. While a school of thought argues that the subsidy regime is a fraud and should be discontinued forthwith, another sees it as an obligation which government must fulfill. Coming at a time when there is a glut in the global oil market, the option to remove or retain the subsidy becomes more critical now than ever before.

The fuel subsidy debacle dates back to 1992 when ex- military President Ibrahim Babangida, raised the pump price from 15.3 kobo to 20 Kobo. He tinkered with the price severally until it got to 70 Kobo in 1993. The macabre dance continued in the subsequent regimes of Ernest Shonekan, Sani Abacha and Abdulsalam Abubakar. However, it was during the era of former President Olusegun Obasanjo that the price jumped to N70, which the late Musa Yar'Adua reduced to N65. Former President Goodluck Jonathan also canvassed for subsidy withdrawal as best option, and increased the price to the current N87 per litre.

Despite the laudable advantages put forward by the Jonathan administration in 2012, the proposed subsidy removal sparked off mass protests from trade unions and civil society groups. The anti-subsidy campaigns even extended to the Nigerian High Commission in London, and the World Bank complex in Washington D.C.

As the arguments for and against subsidy withdrawal continue, the Minister of Budget and National Planning, Udoma Udoma, hinted recently that government was weighing the options of removing the subsidy, as it fine-tunes its N6trillion budget proposal for 2016.

A recent World Bank Report had advised President Muhammadu Buhari to remove the subsidy now. According to its Lead Economist, John Litwack, the best time to remove the subsidy would be now that global oil price is at its all-time lowest level. THEWILL strongly believes that this is the right thing to do. Removing the subsidy now will be of immense benefit to the nation, especially now that money is desperately needed to fix the economy considering that the government funds the program with about N1.134 trillion annually.

THEWILL is convinced that when the subsidy is cancelled, the accompanying gains could be channeled to other productive sectors. Among areas that could benefit are roads construction and rehabilitation, employment, education, science and technology, power supply, agriculture, housing and water resources, among others. The withdrawal will also encourage private sector participation in the refineries and petrochemicals. The current price disparity, which has made smuggling of petroleum products across the borders a lucrative business, will be eliminated if the subsidy is removed.

The World Bank report stated that over $35 billion was spent on fuel subsidy from 2010-2014. At the current regulated price of N87, fuel subsidy obligations currently stands at 18 per cent and is expected to hit 30 per cent by 2018. It is therefore expedient that the subsidy be removed now so that we avoid the disastrous consequences of further oil price shock.