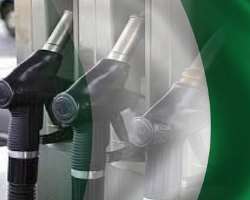 Recently, the World Bank spent a lot of time organizing media briefings of what it called the wrongs of fuel subsidy in Nigeria. To drive this message home to Nigerians, the World Bank handed journalists briefs on why it believes that the Buhari administration should quickly without any further time wasted remove fuel subsidy or else the country’s economy will soon collapse.

Reading some of these media briefs one is quick to discover that in fact the Bank’s position isn’t really different from the kind of policies the same World Bank along with the IMF forced down the throats of developing countries like ours in the 1980s, which were in some cases as debt conditionality to the then debt trapped developing countries.

In fact, these popularly known structural adjustment programs went to the extent of insisting that for governments in these developing countries to ever get more loans of their debts rescheduled, their governments should implement harsh austerity fiscal and monetary policy measures, including government withdrawing all their social policies designed for helping the vulnerable members of the society.

But why should a bank not known as a center for economic policy excellence always take the pleasure in meddling in the affairs of developing countries like Nigeria, when it hardly does so when it comes to the economies of advanced countries who the Bank knows would not take it lightly?

In other words, how can the World Bank, without the full understanding of the complexity of Nigeria’s economy, particularly the economics of the fuel subsidy as it affects today’s Nigerian economy, think that it is in a better position to advice the government on how best to deal with a matter as complex as fuel subsidy policy in Nigeria? If there’s no ulterior motive behind the Bank’s call for the fuel subsidy removal, then, what else would have necessitated the Bank’s decision to now be crying more than the bereaved

The good news this time around is that unlike in the 1980s when the World Bank was calling the economic policy shots in countries like Nigeria to the extent of imposing its way, today it has become so powerless like a toothless bulldog that the most it can do is make its voice heard, and not have its way. In short, without its imperial muscles to flex around, all that remains is what we are seeing now, helping some foreign and local narrow interest peddlers to organize media briefings where it hands journalists and civil society organizations its pieces of policy advice to governments in these developing countries like ours where its policy liars are still listened to and in some cases taken seriously.

For this reason, the best we can do with such World Bank pieces of advice from time to time is to ignore its so-called policy stand on issues bordering on our economic wellbeing. That is the same way we should treat its present call which rather than insisting on fighting the inherent corruption in the fuel subsidy in Nigeria it called for the complete and immediate removal of the subsidy. Its insistence on fuel subsidy removal can’t be obviously more hypocritical.

First, all developed nations of the world are known to have been providing one form of economic/social subsidy or another to their people either, either as a means of social relief or for as an economic inclusiveness policy program. In some other cases, it is purely used to artificially reduce the cost of doing business in these countries and in so doing governments in advanced countries help local businesses become more and more competitive than their foreign counterparts, an advantage they always used to force businesses from developing to become less and less competitive.

A good example is how the EU, the US and most other advanced countries in the west have always spent hundreds of billions of dollars annually just to subsidise agriculture alone in their efforts to make food not only always readily available but also cheaply available. Besides subsiding agriculture and research and development with taxpayers money, governments of these advanced countries also go as far as subsidising many social amenities, including electricity, winter heaters, and telephone bills for the poor who would have had difficulty accessing those amenities at actual market price.

So for reasons of social inclusiveness, these governments subsidize these services. As if not enough, in an effort to constantly reduce the cost of doing business in these countries so as to ensure that the products and services provided by their home businesses remain always competitive in international marketplace than those of their foreign counterparts, these governments systematically pick up a chunk of their bills like electricity, telephones, heaters, including partially funding their research and development.

This explains why we should be highly cynical about the World Bank’s true intentions especially for insisting that this government should quickly do away with the current fuel subsidy regime, when as a result of their agricultural subsidy over the decades they have been able to systematically destroy agriculture in developing countries like Nigeria to the extent that we now spend billions of dollars every year importing food from them, food we used to export to them. That is why if the World Bank is fair, it should first ask these countries to stop subsidizing their economies before turning to Nigeria to demand that it removes its fuel subsidy.

That is why for me, rather than advising Nigerian government to simply remove fuel subsidy, what we should be insisting that this government should deal head-on is to drastically fight the high level of corruption which the past PDP governments smuggled into fuel subsidy. It is corruption acts like oil swaps, fuel import round-tripping and over invoicing that are the monsters to be fought right now. So that while the Buhari administration does everything to fix the refineries by the turnaround maintenance of these refineries and possibly build some modular refineries and NNPC mega petrol stations across the country, imported petroleum products should remain subsidized not only to make them cheaply available, but also always readily available across the country.

Let us quickly recognize the serious problems government should encounter should it immediately remove the current fuel subsidy regime. First, any such premature removal of the fuel subsidy without first fixing the country’s refineries so that locally refined petroleum products should gradually replace the imported products, should trigger the skyrocket of fuel pump price across the country to the extent of getting as high as N500 per litre. Second, besides petroleum product marketers engaging in price fixing, certainly, those to be hit by these products scarcity are those living in most distant and remote parts of the country. And should they ever have it, the pump price for fuel in these areas shouldn’t be less than N1,000 per litre. This will make residents in these remote and distant parts of Nigeria to begin to wonder if they are still part and parcel of the Nigerian economy.

Or is it fair because we have to adopt western distorted and since abandoned neoliberal/laissez faire free market, while cities like Lagos, Port Harcourt, Warri, Kaduna enjoy the actual market price of petroleum products thanks to their closeness to either refineries, ports/depots or both others like Sokoto, Katsina, Maiduguri, Mina, Yola, etc. being hundreds of kilometers away from either where petroleum products are refined or ports/depots, should have to be ready to purchase the same products as high as three hundred per cent higher, if they ever find these products, simply because the marketers being the high cost of transporting the products themselves should have no option but to add these cost to the pump price?

That's why if we don’t want this to ever happen, such kind of fuel subsidy that makes government to use the taxpayers’ money to pick up the cost of transporting the petroleum products to the remotest and most distant parts of the country should always be adopted. And government’s picking up of such bills should always come in the form of subsidy and nothing else.

This explains why government should ignore the present barrage of ill-informed calls for fuel subsidy removal. Instead of being distracted by such calls, what government should focus its energy on right now is making sure not only that all the four refineries are fixed and up and running without further delays but also that the NNPC is aggressive in spreading its NNPC mega petrol stations across the country with the ultimate goal being to ensure that all parts of the country no matter how remote or distant they are from the very sources of petroleum products they consume, they get them at a uniform price at all NNPC stations nationwide.

Let me end here by reminding ourselves that any outright handing of the downstream sector to some monopolists--which is all these monopolists have been fighting for all these years to the extent that they have constantly been staging economic sabotage by holding the downstream sector to ransom--isn't the sustainable solution to the country's endless downstream petroleum sector problem. The lasting solution remains handing the NNPC the controlling power in the sector in a way that other players are forced to queue behind it always.