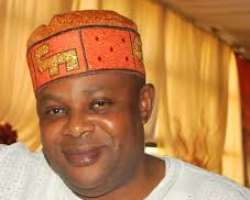 Mr. Faleke made his position known on Monday at Kabba at a meeting of APC stakeholders from Kogi West senatorial district.

He said his stance is in furtherance of his earlier letter to the national leadership of the party not to work with Mr. Bello, the governor-elect.

The politician, who was reacting to a resolution reached at the meeting that he should pursue the legal option to a logical conclusion, said the Audu/Faleke ticket remained intact and unchanged.

“I will not disappoint Prince Abubakar Audu. I, James Abiodun Faleke will not be there for the swearing in if we don’t finish the case before the January 27, 2016.

“Nobody consulted me before making me a deputy to Bello. Bello too did not consult me. I have made my position known to the party leadership on this. I am not ready to betray and disappoint Prince Abubakar Audu,” he said.

The tenure of the present administration ends on January 27, 2016 .

He also exonerated President Mohammadu Buahri from the crisis, saying Mr. Buhari he knew ‘cannot be a party to injustice and outright violation of the rule of law.’

Mr. Faleke warned the leadership of the APC against setting the party on a path of destruction through impunity and injustice, saying that they should learn from what happened to the Peoples Democratic Party.

He said that the present struggle was a complex one and beyond him, saying it was about emancipation of the people and the future of the state.

While asking the people not to fight or castigate anybody over the development, Mr. Faleke said those fighting in 2015 for positions in 2019 were trying God.

“People are fighting for 2019 in 2015. Are they God? What is happening is beyond human imagination,” he said.

He warned members and supporters of the party against fighting or castigating anybody, saying those behind the plot were only working to actualize God’s plan and the ultimate liberation of the state from the flaws of poverty and underdevelopment .

“I am a marathoner, no matter how bumpy and rough the road is, we shall get there, “ he said.

According to him, the constitutional crisis created by the sudden death of Mr. Audu, when finally resolved, will enrich the country’s democracy .

He thanked the Igalas for their support and resolve to defend the mandate with their blood and assured them that their efforts would not be in vain.