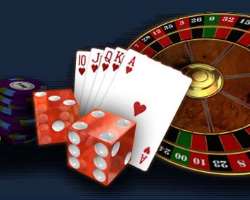 The popular quote above illuminates a protagonist view to advertising.In the quote above, the word ' advertising' appears sixteen times, showing the power of words and appeals employed in advertising to arrest its audiences. One may begin to ruminate on the appeals of advertising as mass communication.Advertising communicates to a large, dispersed, heterogeneous audience.It sifts its audience as grain from shaft; it particularises its target group and segments same--adult, children, married women, students, market women and so forth.

Advertising as communication and marketing
Advertising is seen by some scholars as communication to a large audience to influence their choice and behaviour in a positive way. It convinces this audience on their buying choice and pattern. It also announces availability of brands, products and services to those who need them. Advertising as a medium of communication informs, educates as well as entertain through good copywriting and presentation of delivery. Advertising is also considered as one of the marketing tools.In marketing mix, the 5 P's of marketing includes advertising which is called promotion. Others are product, price, place and positioning.

One can advocate therefore that advertising is not an end in itself but a means to an end. It is a platform for the presentation and projection of brands or products but not the actual acceptance until the audience is satisfied on the need to identify with or use such product.

The advertiser also monitors and measures the effects of advertising messages on the intended audience. How have people responded to the message? Are the responses positive, negative to indifferent? This comes in form of results.

Benefits of advertising
One of the benefits of advertising is the creation of awareness of a product or brand to prospective users or loyalists.When a product or brand is entering the market, there is the need to strategically to package some advertising messages highlighting the qualities of such product or brand.When a damsel twinkles in the dark, nobody notices.This also applies to an unadvertised good product or brand.Advertising is like a light illuminating the path to the audience of what is being projected.But what advertising cannot do is to turn a bad product to a good product.This is why ideally, advertising agencies and registered practitioners have copy-testing of a new product to observe and see the qualities the producer of the product claims it to have. Interestingly, advertising moves at the pace of technology. For instance online advertisements, telephone push messages and animations can interestingly reach a larger audience.

Protagonists of advertising see it as a cheap approach to attracting more customers or brand loyalists.Suppose a product or service is advertised on a full page of a Nigerian national newspaper for Five Hundred Thousand Naira (N500,000). Suppose the media house publishes 80, 000 copies for the edition in which the advertisement is placed, that means for every copy N8 only is paid to advertise while several readers are likely to be exposed to such message in every copy.This is why protagonists of advertising see it as a cheap way of conveying our products or brands to our audience.The more an advertisement message is repeated, the more its audience are exposed to it and the more likely the effects of its message.

A critical mind wonders why leading brands in their retentive stage of advertising spiral continue to advertise, for instance, Coca Cola or Toyota. A critical mind also wonders why less popular products or brands do not care a hute for advertisement! It is quite ironical that market leader products and brands continue to advertise to retain their existence and leadership on the minds of their audience/target audience while those of lesser popularity may wait for their total extinction or crisis period before deploying the same machinery to either revive such product or brand or put them for sale.

This is why Dr Curtis Huston's quotation above makes advertising an interesting venture.

Disclaimer: "The views/contents expressed in this article are the sole responsibility of the author(s) and do not necessarily reflect those of The Nigerian Voice. The Nigerian Voice will not be responsible or liable for any inaccurate or incorrect statements contained in this article."
Articles by Idris Katib
11-6-2015  A Decade Of Crescent University, Abeokuta: Thus Far, Thus Good6-3-2015  Crescent University As A Brand18-1-2015  Your Name As Your Brand25-12-2014  Public Relations: Professionals And Charlatans7-9-2014  Dimgba Igwe Is Not DeadMore...