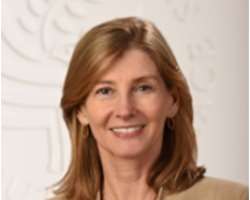 On Friday, October 16, 2015, the United States Institute for Peace (USIP) hosted a conversation with the theme, “The Humanitarian Tinderbox: How Governments and NGOs Must Address the Global Aid Crisis.”The event which took place at USIP headquarters in Washington, DC featured Welcoming Comments by USIP President Nancy Lindborg and Introductory Remarks by the President and CEO of World Food Program USA, Richard Leach.

This was followed by a vibrant Panel Discussion with Philip Gordon, Senior Fellow of Council on Foreign Relations; David Miliband, President and CEO of International Rescue Committee; and Nancy Lindborg. James Fallows, a National Correspondent with The Atlantic was the moderator. It is important to look at highlights of the conversation.

Besides concerns on fragility and building resilience among youths involved in some of these global crises, it was pointed out that confusion of refugee with immigration status is dangerous. In the eyes of Ms. Lindborg, conflict is natural. The issue is how it is managed.

Sustainable Development Goal (SDG) No. 16 was mentioned several times. SDG No. 16 is to “Promote peaceful and inclusive societies for sustainable development, provide access to justice for all and build effective, accountable and inclusive institutions at all levels.” A major question from a fellow participant was who will enforce international humanitarian laws but there appears to be a consensus that the targets of SDG No. 16 must bind the developed countries with the humanitarian community.

David Miliband believes that more should be invested in the humanitarian sector – in the neighborhood of $75 million annually. If we compare what Facebook paid for WhatsApp, we will be saddened by the low global investment in humanitarian Aid. Also, the human cost of conflict is not taken seriously. It appears that cost is not an issue in military expenditures, but pennies are agonized over when it comes to humanitarian issues. Sixty percent of donor funds go to protracted conflicts. Also, there has been more progress with Aids for natural disasters than conflict induced disasters. It was discussed that of the $22 billion in Aid, three percent is given in cash. So, there is need for Research and Development (R&D) and technology for use of debit cards by refugees.

President of USIP, Nancy Lindborg
Ms. Lindborg elucidated some key points including that the system is not just broken, but is broke and that the financing system needs to be overhauled. She pointed out that the duration of funding should be looked at so that the “dialing for dollars” can be better done. Also, structural problems must be tackled so that refugees can even receive their benefits in debit cards. She further pointed out that we should not be distracted by the humanitarian crisis, but rather remember the issues behind it such as bad governance and illegitimate governments.

The faster the change, the harder it is to manage. What came out of the American civil war is that you need a legitimate system for sharing power among different communities. If there is a legitimate way for sharing of power, there will be better conflict management and resultant peace. Philip Gordon also warned that we should be careful not to project the American aspirations on Europe and other regions.

A negative coping strategy in some areas of the world has women tying scarves around their stomach and pulling it tight to deal with hunger, so that their children can have enough to eat. Malnutrition is of course a big issue for people displaced by conflict. This, according to Richard Leach, is a failure of humanity and begs the question, “How do we rise to meet the challenge of the future and present.”

Part of Mr. Miliband summation was that there are over six million refugees worldwide and there are not just more needs, but different needs. Also, sixty percent of the refugees are younger and more urban. Additionally, people are displaced longer – 17 years. There are more Muslim refugees and we must have a reconciliation of Islam with modernization because fundamental questions are being asked in the Muslim world. We cannot ignore the fact that there is a greater number of weak States in the world, such as South Sudan. Furthermore, international political system is weaker and more divided today than any time since the end of World War II.

In Philip Gordon’s presentation, he opined that when an issue is primarily humanitarian, you cannot get the U.S. involved, unless you can show the strategic geopolitical interest. This led me to ask him the question about why is it that the US just sent troops to Cameroon to help with the fight against Boko Haram, when they were unwilling to assist the past administration of President Goodluck Jonathan of Nigeria.

In my follow-up with USIP president and the other panelists, I asked whether we are inadvertently encouraging world leaders to wait for their problems to escalate and produce strategic geopolitical interests so that the world can get involved. In other words, when problems undermine security, involve border considerations, sectarian implications or refugee crisis, the world will notice. In the current European refugee crisis, most refugees are from Syria. According to the panelists, how can the fragile Lebanese economy survive? For me, I understood this concern based on the large number of many generations of Lebanese economic refugees currently in Nigeria.

My question to the panelists was answered by Mr. Gordon who said that the Nigerian election that brought President Muhamadu Buhari into power is the best hope for Nigeria to have the international community involved in the affairs of country.

It is also clear that the world is now involved in the Boko Haram insurgency problem because it has strategic geopolitical interests. I will not get into issues of AFRICOM, but the world would not have encouraged Late Nigerian President Alhaji Umaru Yar’Adua to offer amnesty to the Niger-Delta militants if it did not involve strategic geopolitical interests to world powers. When foreign workers of multinational companies were kidnapped and global oil business was affected, the super powers could not look the other way. Essentially, now that Boko Haram allegedly has ties to ISIS, their days may be numbered.

In all, we should not forget that countries like the US do a lot of good that is not seen until the crisis that they tried to foreclose happen. For example, over half a billion dollars was spent by US in South Sudan. There are a lot of good things to do, but entities such as US Congress are easier to motivate if there are strategic geopolitical interests.

Richard Leach ended with this very appropriate and famous quote, “Some are guilty, but all are responsible.”