120 Days Without Government In Nigeria: Before Ancestral Wraths Descend On Buhari’s Presidential Sole-Administratorship 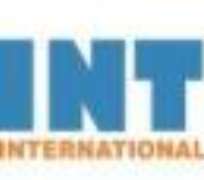 (Onitsha Nigeria, 1st October 2015)-The supernatural universe or post physical (transformative) world is obviously in grief over the turn of events in Nigeria under the Presidential Sole-Administratoship of retired Gen Muhammadu Buhari. The height of grief and contempt above mentioned is the fact that Buhari’s Presidential Sole Administratorship has spent 120 days in office without government. It is extremely important to state here that formation of government under a constitutional democracy means legitimizing electoral power and authority derived the electoral populace. In Parliamentary system, government is in place when there is a council of ministers. In Presidential system laid upon constitutional democracy, government is in place when there is executive cabinet or Federal Executive Council.

Sadly, the Presidential Sole-Administratorship of Retired Gen Muhammadu Buhari has defiantly and impeachably spent 120 days without a Federal Executive Council or Ministers. Also important to mention is that nomination of ministerial names or transmission of their list to the National Assembly does not translate to formation of a government or inauguration of the Federal Executive Council. Apart from thispresidential belligerence qualifying Retired Gen Buhari as Africa’s latest Presidential Sole-Administrator, it also means that he is only in office but not in government, power and authority. Whatever power and authority he feels he is presidentially exercising presently is totally antithetical to constitutional democracy and its hallowed principles. He is also exercising such power and authority in negative and democratic contradictions.

The most shocking of the foregoing is the fact that “the 120 days without government” in Nigeria has coincided with the country’s 55th years of independence Statehood and has made mockery of the costly efforts and successes of the country’sindependence nationalists that won the country independence in 1960. Their souls hitherto resting quietly and immortally in supernatural universe have been made restless and wrath seeking. In traditional African societies and up to this modern time, angers of the supernatural forces or living dead or perfect spirits are always avoided because it is only an insane living person that can draw a battle line with a supernatural force or a perfect spirit. The city of man can never take the risk of going against the hallowed ways and wishes of the city of God. No living person angers or fights his or her ancestors or perfect spirits and go scot free.

The country’s gallant independence nationalists who left the physical universe and transformed triumphantly into hallowed ancestral living dead in the supernatural universe are at all times watching over the events in the country they physically and spiritually labored and toiled to build and shall not hesitate to visit hash wraths on anyliving person or group of living persons that stunt or truncate their hallowed efforts and achievements. In traditional African societies and this modern time, the living dead or perfect spirits are respected and obeyed at all times because their earthly legacies never die.

We therefore advise the Buhari’s Presidential Sole Administratorship to desist from plunging Nigeria into invisible and catastrophic confrontations with the country’shallowed living dead particularly her gallant independence nationalists and avoid incurring their wraths. The Nigeria they fought for is never designed to be governed for 120 days without a government. Also when they fought for Nigeria to govern herself, they did not fight for it to be governed in sole administrative way. But they fought for a Nigeria that will be governed democratically and pluralistically at all times.

Far from the worries and concerns of the country’s hallowed living dead or perfect spirits, watching over the country’s turn of events from their cosmic universe, living Nigerians are also worried over the referenced turn of events under the Buhari sole administratorship. Apart from absence of just peace (negative and positive peace) in Nigeria under him, Nigerians are firmly demanding for whereabouts of N741.462 Billion or $3.7 Billion, which amounted to the Federal Government’s shares of the Federation Allocations for the months of May, June, July and August 2015.

Therefore, the Buhari’s Presidential Sole Administratorship inexcusably owes living and ancestral Nigerians moral and legal explanations as to the whereabouts of the whopping sum under reference. This is in view of the fact that there is no government known to the 1999 Constitution, constitutional democracy and its pluralistic composition as well as living and ancestral Nigerians that is presently in operation. As for the country’s 55th independence anniversary, we dare say again that the best way to assess Nigeria is to compare it with socioeconomic attained levels of China, Philippines, Kuwait, Oman, Qatar, Bahrain, Saudi Arabia, Venezuela, Brazil, United Arab Emirates, South Korea, Taiwan, Indonesia, Singapore and Malaysia. This can be clearer when reminding all and sundry that Nigeria’s Gross National Product (GNP) of 60s and 70s was much higher than those of most, if not all the countries mentioned.