By Save Abia Now 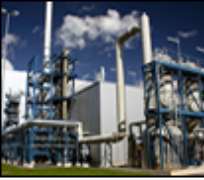 A political Pressure Group SAVE ABIA NOW (SAN) has called on The Bureau of Public Enterprise (BPE) to ignore feigned agitations and proceed to hand over the Aba and Ariaria Power Distribution unit the rightful and competent firm that duly acquired it Geometric Power, instead of the Enugu Electricity Distribution Company (EEDC), currently in charge of the facilities in order to quickly resolve the power challenge and epileptic supply facing the commercial nerve centre of the state and South-East region.

In a petition sent to the Bureau of Public Enterprises (BPE), National Electricity Regulatory commission (NERC) and Vice President who supervises the privatization programme as Chairman of National Council on Privatization, NCP signed by the Director for Media and Publicity Comrade Kelechi Nkworie .The Group described as saboteurs those who are opposed that Aba power handling the distribution of power within Aba and its Enviros, and those supporting the continued industrial incapacitation of the city by EEDC are enemies of the city as their services has affected many business and some have move out of the city because of poor electricity supply.

It decried the poor services by EEDC where consumers in Aba and its Environs are made to pay crazy bills without power supply, these areas which EEDC claim to have had assets have been experiencing epileptic power supply and consumers are made to pay without power supply for months, Adding that since acquisition of EEDC to distribute power in Aba, the situation has gone worse and wonder why the company want to cling up to a task which it lacks competence and capacity to handle.

The Group Asserted personal interests and greed were driving those opposed to the original plan of Aba Power taking over the distribution unit of Ariaria, Aba and its Enviros. The group noted that apart from the fact that Geometrics conceived and built the Aba Power Plant upon which BPE conceded the distribution unit to it, the man behind Geometrics is a professional in that sector and have contributed to the improvement of Power Generation and Distribution when he was the minister of power. The Group is worried that with Two mega Power plant in Aba and its Enviros,yet there is no power supply, Geometrics had not powered Aba before now after building its facility due to the political hand twisting and conflict of interest among the political elites who excluded the South East from the nation’s gas master plan and crippled Economic and Social activities in the nation most popular commercial nerve center now that the error had been corrected and the gas pipeline moved into South East, the power plant would soon roar into life to provide uninterrupted power supply to Aba and its Environs which the resident have full confidence that Geometric and Aba power have the capacity and competence to deliver.

The assets were recently sold to Geometric Power Limited and Aba Power Limited, which hitherto owned majority stakes in them.

EEDC terminated the lease agreement, citing breaches by Geometric and Aba Power. It has also gone ahead to explore other means to assert its right.

Aba Power and Geometric Power have, in trying to excise the ring-fenced islands at Aba and Ariaria from EEDC, argued that an existing agreement with the Federal Government gives it ownership of those portions of the South-East electricity distribution market.

Enugu Disco, on the other hand, has continuously affirmed its rightful ownership of the Aba distribution, noting that the Aba area, Owerri-Nta, Osisi Oma, Ogbor Hill, Factory Road, and Port Harcourt Road in Aba, Abia State, with its assets, are all integral part of the Enugu Disco coverage and cannot be excised.

The Group pointed out due to the compliant by the consumers in Aba and its Enviros over the poor services by EEDC and petitions sent to Consumers Protection council on the estimated billing by Engu Disco and contractual breach of the Power Sector Reform Act,The Consumer Protection Council (CPC) is to commence prosecution procedures against the Enugu distribution companies (DISCOs) for violating its enabling act in the on-going investigation of the activities of the country’s DISCOs by not appearing to Defend numerous complaints of electricity consumers on the estimated billings, faulty transformers,elipetic power supply and non-provision of prepaid meters which many consumers in Aba and its Enviros are suffering.

Based on this issues raised the group calls on the NERC to sanction the EEDC for breaching the contractual terms with consumers and review their operationalization to make them responsible and accountable for all their Action, while arguing the vice president to immediately approve the taken over of this facility in Aba and It Enviros by Aba power as recommended by BPE to ensure steady and uninterrupted power supply in Aba in line of the president campaign promise when he visited Aba during the Electioneering campaign to reinvigorate and improve economic Activities in Aba,(The Japan of Africa)

Save Abia Now (SAN) comprises of committed professionals,scholars,Political Analyst and Rights Activist determined to make the change through constructive engagement and Education to Abians who are concerned to Restore the Glory of the State.