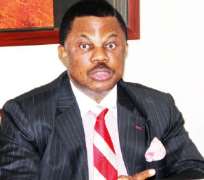 For leaders with a good judgment of public service however, legislations are not necessary to do the needful. Many were not surprised that the welfarist – oriented Governor of Anambra State, Willie Obiano, held a state stakeholder summit on Saturday, September 26, 2015 at the Governor’s Lodge, Amawbia. The Nation [Friday, September 25, 2015] reported this verdict of responsiveness made by the President – General, Ohaneze Ndigbo, Anambra State chapter, Elder Chris Eluemunoh. ‘We still remember and acknowledge the humility you [Obiano] exhibited during your electioneering campaign. Of all the contestants, you alone honoured our invitation to the town hall meeting we organised for aspirants to unveil their plans for the state.’

The September 25th assembly marked the second general stakeholder conference in the life of the administration aside the specialist security summit which has also been held twice. At the time of the first summit in June, 2014, the regime was only three months old. It was a setting in which the regime had just taken stock and mindful of its election manifesto and the reality on the ground, was set to chart a way forward. The sequel to the road to a new Anambra State was expected to give a tracking of the journey.

The well – attended event lived up to its design to be a parley, an interaction of visions toward the crystallization of a great Anambra. Although about eight questions could only be taken after the Governor’s address and documentary presentation, questions, comments and suggestions would still be considered after the formal close of deliberations. Even the administration’s trenchant critics were welcome. ‘I must also thank the critics of my administration for providing the sharp edges that have helped to keep our eyes on the ball’ Obiano noted in a display of maturity uncommon with Nigerian political leaders.

An appraisal of the prgogrammes and processes of the administration sketched in Governor Willie Obiano’s address suggests a strong, nay almost religious determination to begin to deliver on the campaign cum inaugural targets. His navigation of the state government’s strides in values reconstruction, security, agriculture, industrialisation, infrastructure, education and other services, reveals one or two important strategies of the regime. There is a conscious effort to leverage on the chain value of development. We find a demonstration of the link between the investment on security and the enabling environment that promises to make real the dream of becoming a first choice investment destination. In a similar vein, there are arrangements to harmonise the oil and aviation projects into new economic advantage. ‘We have concluded plans to pipe aviation fuel from the Orient Petroleum Refinery at Umuleri to the airport where a storage facility will be built for it. The idea is for the airport to serve as the major hub for the refueling of international flights in West Africa.’

In the face of the prevailing economic meltdown in the country, the issue of fiscal securities predictably took centre – stage of the discourse. The Governor approached the subject from the perspectives of projecting into the future and using less to do more – as experienced by the regime. Stakeholder contributions sought to establish the sustainability of government programmes in the face of dwindling oil revenue on the one hand while expressing concern over alleged multiple taxation of citizens on the other. The observation, as it were, throws into focus an aspect of crime fighting deserving equal attention the government has devoted to conventional crimes. This follows the governor’s disavowal of a resort to indiscriminate levies by the state government, attributing the trend to the activities of fraudsters. Needless to say, the confirmation of the existence of fake revenue agents underlines a source of income loss by the state government.

However, planning is seen to constitute another major plank of the administration’s engagement. As public expectations of state governments continued to rise with 16 years of uninterrupted democracy, it became imperative for states to reappraise the opportunities for achieving sustainable development.

Planning would not serve its purpose except anchored on priorities and alternatives for actualisation. In the light of the disruptions to development programmes by our mono oil economy, it is interesting to see how proactive management has stood Ananbra State on balance.

Once more, Obiano provided the insight: ‘We analysed the Nigerian economy and foresaw that oil prices would crash to about $55 a barrel in less than one year. We foresaw that if oil prices crashed, it would bring down our revenue by 50 percent. Having figured that out, we began to work on improving our IGR by restructuring our revenue sources.’ It remains only to add that this economic intelligence is achievable given the supply and demand volatility of the international oil scene

While it is still a long way to a definitive crating of the regime’s impact on the Anambra story, there are emerging patterns and discernible trends that reasonably project a great harvest ahead. There is so much to be said about cultivating the culture of accountability in the practice of democracy in Nigeria. The system is strengthened when the people see themselves as participants in the development process. It is hoped and hereby recommended that Obiano’s stakeholder summit expand to a citizen day held in turns in each of the senatorial zones with members of the state executive council present to take questions from the masses.

Disclaimer: "The views/contents expressed in this article are the sole responsibility of Ifeanyi Afuba and do not necessarily reflect those of The Nigerian Voice. The Nigerian Voice will not be responsible or liable for any inaccurate or incorrect statements contained in this article."
Articles by Ifeanyi Afuba
19-3-2016  Anambra: Two Years Of A Renaissance Governor26-11-2015  Of Media Incubus And Denial Of Obiano’s Strides 23-11-2015  Did Peter Obi Mean To Say N75 Million?16-11-2015  Anambra And The Jusun Strike18-9-2015  Anambra’s Fiscal Engineering ExampleMore...