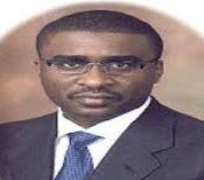 Governor Ifeanyi Okowa of Delta State has appointed three persons under the cloud for money laundering or murder into his cabinet. The three questionable appointees were associates of former Governor James Ibori who is currently serving a 13-year jail term in London after his conviction in the UK for extensive money laundering.

Governor Okowa appointed Chiedu Ebie, an in-law to Mr. Ibori, and David Edevbie, a former Commissioner for Finance in Mr. Ibori’s administration, as commissioners in his cabinet. Both appointees were identified as suspects in former Governor Ibori’s illicit financial schemes. Mr. Edevbie later served as a private principal secretary to deceased President Musa Yar'Adua, his appointment pushed by Mr. Ibori.

In addition, Mr. Okowa appointed Mofe Pirah, a former Commissioner for Oil and Gas under former Governor Emmanuel Uduaghan. Mr. Pirah and 10 others were charged in a murder case that ended in a controversial manner.

According to court documents available to SaharaReporters, Mr. Pirah and 10 accused persons had received summonses from the Court of Appeal in Benin City over the September 1998 murder of Samuel A.K. Metseagharun in Warri, Delta State.

Mr. Metseagharun, a former sole administrator of the Delta State Board of Inland Revenue and chairman of the Ugborodo (Escravos) Community Trust Governing Council, was allegedly dragged out of his Mercedes Benz car and beaten to death by a mob that included Mr. Pirah.

Dissatisfied with the verdict of a High Court that had dismissed the murder charges against Mr. Pirah and his co-accused in 2007, the Delta State government had filed a notice of appeal through its lawyers led by Ighodalo Imadegbelo.

One high level source in Delta State told SaharaReporters that Mr. Pirah and the other accused persons had spent several hundred naira to bribe both High Court Judge, S.A. Ehiwario, and justices of the appellate court to secure their acquittal.

An investigation by SaharaReporters revealed that Mr. Ebie was implicated in a series of money-laundering investigations in the UK involving Mr. Ibori.

Besides, Mr. Ebie was also implicated in the 170-count charge of money laundering the Economic and Financial Crimes Commission (EFCC) filed against Mr. Ibori.

An EFCC source told SaharaReporters that Mr. Ebie was “still not off the hook,” adding that the anti-corruption agency still intended to prosecute him. “As soon as Chief Ibori concludes his 13-year jail term in London, his prosecution together with Ebie and others will commence,” said the EFCC source. He added that a three-judge panel of the Benin Division of the Court of Appeal had ruled on May 15, 2014 that former Governor Ibori “has a case to answer.”

London Metropolitan police had charged some of Mr. Ibori’s accomplices, including former Governor Victor Attah of Akwa-Ibom State, and Mr. Edevbie, for money laundering involving the diversion of into private accounts of V-Mobile shares owned by their respective states.

In 2009, Crown prosecutors in the UK named Mr. Edevbie, a former Delta State Commissioner for Finance and representative of the state government on the board of Vee Networks Ltd from June 2001 to August 2004, along with five others as co-conspirators in Mr. Ibori’s money laundering activities. The indictment came shortly after Mr. Edevbie’s appointment as Private Principal Secretary to the late President Yar’Adua.

The charges in the UK accused Mr. Edevbie, Bhadresh Babulah Gohil, Lambertus de Boer and Daniel Benedict McCann, of conspiring at various times with Mr. Ibori, former Governor Attah, David Edevbie, Love Ojakovo, and others to defraud Delta State and Akwa Ibom State of sums representing part of the sale of shares owned by the said states in Vee Networks (Nigeria) Limited (trading as V-Mobile) to Celtel (Nigeria). UK prosecutors accused Mr. Ibori, Mr. Edevbie and the other accused of stealing the proceeds of the stock sales through a series of illicit transactions. The misappropriated funds were stolen using several corporate bodies, including the African Development Finance Limited, and the Ascot Offshore (Nigeria) Limited.

An EFCC official told SaharaReporters that, following the V-Mobile deal, the anti-corruption agency questioned Mr. Edevbie on August 10, 2011 and March 2012 in its Lagos and Abuja offices respectively.

Despite widespread criticism of his appointment of shadowy characters, Governor Okowa went ahead to name Mr. Ebie as the state’s Education commissioner, with Mr. Edevbie and Mr. Pirah appointed to their former ministries of Finance and Oil and Gas respectively. A source in the state claimed that imprisoned former Governor Ibori had pressured the governor to make the appointments.

At the swearing of the commissioners, Governor Okowa stated that his priority was to grow the state’s economy and ensure that every person had a chance to pursue their dreams of success and achieve a full measure of happiness.

All efforts to contact Mr. Pirah and Mr. Edevbie were unsuccessful, but Mr. Ebie denied knowledge of any allegations against him. He however admitted that there was a pending court case against him.

“Permit me to clarify that I am not aware of any allegations relating to me. What I am aware of is a pending appeal on the outcome of the judgment delivered previously which has always been within the public domain. In any case, since the matter is subjudice, we will do well to avoid discussing matters that are pending before the court,” said Mr. Ebie to a correspondent of this website.