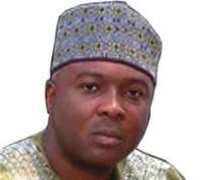 Nigerian users on Twitter, on Saturday, expressed surprise at the removal of the All Progressives Congress’ name from the official profile page of the Senate President, Dr. Bukola Saraki.

According to some users, the Senate President’s verified Twitter biography previously read, in part, “Member of the APC.”

However, when our correspondent visited the page, it simply read, “Senate President and Chairman of the 8th National Assembly. Committed to Transparency and Accountability.”

One user, Am Human No Labels, said, “Sir, are you no longer a member of the ruling party? I can’t find APC on your bio anymore.”

In the same vein, @olufemisp wrote, “I knew it was when @bukolasaraki deleted the “APC” that proudly adorned his bio. This Saraki war will consume the party.”

Another user, AS Aruwa, said, “I just noticed that @bukolasaraki has deleted ‘Member of the APC’ from his bio. Someone is about to decamp?”

Maryam Abubakar also asked, “Now that the ‘APC’ on Bukola Saraki’s Twitter bio is gone, what should we expect?”

“Why is the APC on your bio gone sir?” @RichieDectector asked, while Ayokunle Odekunle wrote, “@BukolaSaraki removes the ‘APC’ from his bio. It gets more interesting.”

Afolabi Ajiboro also said, “@ogundamisi have you noticed that @bukolasaraki has removed APC from his bio on Twitter? Minutes later the PDP released statement defending him.”

The Senate President did not respond to the controversy on Twitter.

However, the Special Adviser to the Senate President on Media, Mr. Yusuph Olaniyonu, said, “It is not a new development. The party logo was there during the elections and we took it off after the elections about a month ago.”

Meanwhile, the Force Headquarters on Saturday said it was still waiting for the bench warrant issued by the Code of Conduct Tribunal for the arrest of the Senate President.

The Force Public Relations Officer, Olabisi Kolawole, said the police had yet to get the court order as of Saturday when our correspondent inquired about the delay in the execution of the arrest warrant.

Kolawole explained that the police cannot arrest Saraki without the court order.

“We have not received the bench warrant till now (Saturday) and until we get the court order, we cannot execute it,” she said over the phone.

Justice Danladi Umar of the Code of Conduct Tribunal had on Friday in Abuja ordered a bench warrant against Saraki for failing to appear before the court to answer charges over alleged false declaration of assets.

The judge specifically ordered the Inspector General of Police, Mr. Solomon Arase, or other security agencies to arrest Saraki and produce him in court on Monday to take plea in the 13-count charge slammed on him by the Federal Government.

But Saraki’s lead counsel and former President of the Nigerian Bar Association, Mr. Joseph Daudu, said he had filed an appeal asking the court to set aside the ruling dated September 18, 2015.

Daudu said the trial judge erred in law and “acted without jurisdiction by countenancing and assuming jurisdiction over the criminal trial/prosecution of the accused/appellant at the Code of Conduct Tribunal for a charge, which is being challenged at the FHC, Abuja in suit No: FHC/ABJ/CS/775/2015 between Dr. Olubukola Abubakar Saraki vs Ministry of Justice and three others and in disobedience of the order of the FHC, Abuja Division dated September 17, 2015.”

He averred that it was not necessary for his client to be present in court since the accused had filed an application challenging the jurisdiction of the tribunal to adjudicate on the charge brought before it.

The Federal Government had on September 11 filed a 13-count charge against Saraki before the CCT and the case was fixed for Friday for his arraignment, but the accused failed to appear in court.