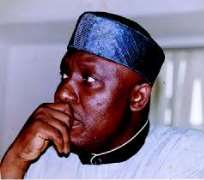 The South East chapter of the All Progressives Congress, APC, has said the Imo State Governor, Rochas Okorocha, did not campaign for President Muhammadu Buhari in the zone during the presidential election.

The party stated this in a statement by its spokesperson, Osita Okechukwu.

Mr. Okorocha, who is a founding member of the APC, had in an interview, blamed the exclusion of the South East zone from the key appointment so far made by Mr. Buhari on the refusal of its people to vote for the president in the March 28 election.

Mr. Okorocha, who won re-election as governor on the platform of the party, said he cried like a lonely voice in the wilderness urging the people of the zone to embrace Mr. Buhari and the APC.

He said he asked the people in the five states of the zone, namely Anambra, Enugu, Abia, Ebonyi and Imo, not to put their eggs in one basket but that they ignored him.

But in a statement, Mr. Okechukwu said the governor did not truly campaign for the president and the APC.

“I am sorry to comment on the blame game being played by His Excellency, Owelle Rochas Okorocha; for his interview can be classified as Okorocha Recue Mission from the less than 5% score in the 2015 presidential election from the entire South East,” he said.

“All one can say is that to the best of knowledge, he neither truly campaigned for President Muhammadu Buhari nor the All Progressives Congress.

“Methinks that while we blame Ndigbo for putting all our eggs in one basket; we should blame our leaders who genuinely didn’t campaign for President Buhari nor APC candidates in their domain.”

The APC spokesperson challenged the governor to make public how he assisted the party’s candidate for the Orlu Senatorial District of Imo State, Osita Izunaso, as well as those of Owerri and Okigwe districts, Uche Onyeguocha, and Benjamin Uwajumogu during the March 28 National Assembly election.

“A little assistance from Governor Okorocha could have earned APC two senatorial seats, and other legislative seats, so no point for him to blame Ndigbo without blaming himself,” Mr. Okechukwu contended.

“This is a man some of us advised not to run against the zoning convention; that it will deny Ndigbo the chance of producing either the chairman or the vice presidential slot and he refused. He thought we are in Nollywood.”