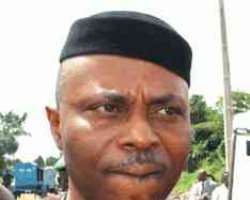 A group, the Coalition of Ilaje and Ese Odo Youth Vanguard for Good Governance, has called on Ondo State Governor Olusegun Mimiko to dissolve the board of the Ondo State Oil Producing Area Development Commission.

The youths also want the governor to probe the commission's present administration with a view to ensuring that there is transparency, justice and accountability in the commission.

They made the call in a petition sent to the governor, a copy of which was made available to our correspondent in Akure on Tuesday.

The petition was signed by the group's Coordinator, Mr. Ayo Mekuleyi, and the Secretary, Mr. Goodluck Ebitimi.

The group called for an immediate probe of the commission's spending since the inauguration of the present board.

It specifically requested Mimiko to probe how the money left by the previous administration in the commission (the money meant for the clearing of waterways and the one approved for the welfare of the aged) was spent.

It regretted that the commission had failed to empower the people in its mandate area and pay bursary and scholarship to the students in the area since 2008.