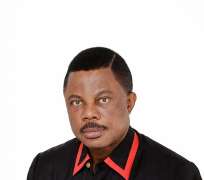 In recent times we have observed a ratchet of very strange insinuations, messages and statements being attributed to the peace loving people of Umueri in an effort to rekindle the long forgone dispute with our neighbouring brothers, Agulerians or peach Ndi Umueri against the visibly working governor of Anambra State, Chief Willie Obiano. A recent statement tagged “Governor Obiano Takes Umueri Aguleri War To A Higher Level “ and released online by an unknown, and more accurately, illegal group called Greater Umueri Liberation Forum (GULF) do not represent the position and interest of Umueri or its people.

The said statement is frivolous, error prone and aimed at causing disaffection and possibly reengineering war between Umueri and Aguleri. A closer examination of the name, GULF, suggests rebellion.

In as much as Umueri has a respected Traditional Ruler and President-General who are naturally positioned to speak for us, we as youths wish to inform the general public that;

We call on politicians and their wards to restrain from endangering the peace between Umueri and Aguleri by their actions and utterances.