Bayelsa MDG: Intervention In Basic Education Why And For What? 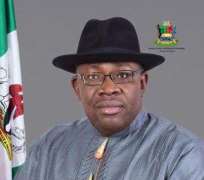 We will recall that it was on September 8, 2000, that no fewer than 189 heads of State and Government gathered at United Nations headquarters in New York, at the dawn of a new millennium, to reaffirm their faith in the organization and its charter as indispensable foundations of a more peaceful, prosperous and just world. On this day, the member-states adopted for themselves the UN Millennium Declaration. This adoption of the Millennium Declaration by all 189 member-states of the United Nations General Assembly was a defining moment for global cooperation in the 21st Century.

As Nigeria was part of the conference, the target for education was that by 2015, all Nigerian children (boys and girls) can complete a full course of primary schooling; enrollment in primary education; completion of primary education and the literacy of 15-24 years old females and males. Even though successive administrations in the nation have worked their noses to the grindstone towards ensuring that compulsory Universal Basic Primary Education becomes the right of every Nigerian child, achievements so far in the sector leave much to be desired.

It is universally accepted that education is the fulcrum of development, the torch that illuminates society and the catalyst for societal transformation. Efforts at development around the world are inextricable tied to education, beginning with basic education. Education is the Chinese wall that separates the advanced economies from the developing States.

The overall aim is to fast track the implementation strategy of the MDGs at the states and constituency levels.

Funds to the Conditional Grants Scheme were first allocated under the 2007 budget, where they were focused on the health, water and power sectors. It is on record that these funds have provided flexibility to States to design projects that reflect their local development strategies and MDG priorities. While the competitive nature of the funding ensures that only sustainable and high- quality projects are approved.

In 2008, funding was expanded and the focus was on health, water and youth empowerment. In addition, states were requested to provide counterpart funding to scale-up the impact of the conditional grants scheme. In 2009, the scope of the Conditional Grants scheme was widened to capture health, water, skills and legacy, agriculture and conditional cash transfers. For 2010 due consideration is being given to conditioning rants to Local governments so as to further scale up the efforts towards the achievement of the MDGs as we begin the count-down to 2015.

The MDG office prudently managed by Hon. Apere Embeleakpo considered that education, especially Primary education is one the second of the eight MDG objectives. Again Article 26 of the Universal Declaration of Human Rights states that basic education shall be universal, free and compulsory. In order to achieve Universal Primary Education, to alleviate the parlous state of elementary education, and achieve Universal Primary Education by 2015 as encapsulated in the MDG. Bayelsa State wants a quantum leap to achieve the MDGs.

Again, one of the major thrusts of the Restoration Administration is human capital Development hence the several educational institutions established, the hundreds of scholarship awarded, the quality schools built, and the state of emergency declared in the State. The Hon. Apere-led MDG office has elected to do comprehensive renovation of primary school in all the Local Government Areas of the State. MDG intervention has taken several forms:

Renovation of school buildings, this includes changing roofs from ordinary zinc to aluminum.

Procurement of school infrastructure such as computers, school desks, and white boards

Building of Headmasters/Headmistress’ quarters and furnishing them

Provision of solar water schemes in Basic Schools across the State.

Building of toilets in schools and provision of fumigation materials.

No amount of money invested in education can be sufficient because human capital is the most important catalyst for development. This is because education exhibits a tendency of progressively increasing in quality, and as the quality of education of education increases so also the cost. Bayelsa State under the Restoration the fortunes of basic education have improved tremendously. It is even unimaginable for people to believe that Bayelsa State was the last three before this administration and now the State occupies the first position in the South-South and the third best in Nigeria. The feat has been achieved because of the amalgam approach of adopted by Governor Seriake Dickson.

The result of this efforts is obvious. Gender gap is closing. Enrollment ratio is on the rise. Quality of teachers is simultaneously improving because of periodic in-service training. Teachers’ morale is boosted because of regular update of knowledge through computer training and the conduct of promotion interviews. Students’ academic performance is also improving as the teaching and learning environment becomes friendlier. These achievements notwithstanding, the achieving the MDG targets of basic education bristles with certain challenges which include:

The Millennium Development Goals have similarly focused attention in full participation of goals and women at all levels of the education system yet there exists some gender parity. The gap must be closed. This means carrying the sensitization campaign to every hamlet, fishing and farming settlement, every village and town.

On a continental scale, the eradication of illiteracy from the African continent through mass literary and adult education programmes is one of the cardinal objectives of EFA and MDGs in education. Literary rate in sub-Saharan Africa is an average of 57%. At national levels, the figures vary greatly from 49% in Nigeria, 72% in Cameroon, and 68% in Ghana (FME 2004) Nigeria's female literacy rate was also lower than the African average, as well as the figures for Cameroon and Ghana. But there were also many African countries with literacy rates below that of Nigeria, for example Niger Republic and Mauritania. There is the need for African leaders to realize that we cannot eradicate illiteracy merely by providing formal education for children and youths.

The challenge accommodates adults who must be given a second chance to acquire literacy and life skills. Evidence in table 3 indicates that progress has been very slow in this front, thus jeopardizing the prospects of attaining the MDGs in education by 2015.

Nigeria has a very large, fast growing population hence it contributes significantly to Africa's large illiterate population. According to UNESCO (2002) there are about 70 million illiterates in Nigeria. The illiteracy rate has reduced by 57% at 2015.