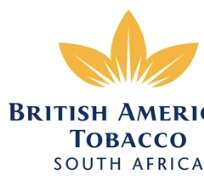 Lusaka, 18 August 2015: While Zambia’s mining industry continues to provide a lifeline to the economy, it is no doubt that the country needs to urgently begin a prudent process for economic diversification.

In 2011-12 seasons for example, tobacco production on 36, 000 hectares of land created direct employment for 45,000 people and supported 2.3 million dependents, which makes up about 20% of Zambia’s population

The tobacco industry in Zambia is robust as demonstrated from its current contribution in terms of export values. In 2011, 41,394 tonnes of leaf worth $126m was produced, while tobacco and related product exports were valued at $102m. About 22,500 farmers cultivated tobacco in the 2010/11 season of which the vast majorities were small-scale farmers.

It should be noted also however, that part of this picture of the tobacco industry is attributable to private sector participation in this sub sector of agriculture, a demonstration that private sector engagement in this industry is critical for its success.

However, the industry has been rocked with challenges of smuggling and illicit cigarette trading. Added to this, the tobacco industry is also affected by lack of enforcement of tax laws to deter illicit trading in cigarette. As a result, perpetrators have used this laxity to maximize illicit cigarette trading, a practice that undermines revenue collection efforts by the Government.

It should be noted that illicit trading activities in general can have very negative effects on Zambia economy and there is strong evidence that this is becoming a growing trend as observed from the amount of illegal products flooding the local market. This evidence is the assertion that Zambia has porous borders too.

Given this, it does not come as surprise to note that a number of goods have been in the recent past seized from the Zambian markets. For example in March 2015, the Zambia Bureau of Standards (ZABS) destroyed assorted counterfeit products and second-hand underwear worth about K245, 000.

According to media reports, ZABS head of marketing and public relations Hazel Zulu said the bureau confiscated about 70,000 metres of sub-standard electric cables and 632 dozens of counterfeit black shoe polish even in September last year (2014).

Much as this was a good move by ZABS, a number of other sectors remain unchecked in terms of illegal trading such as the tobacco industry.

Tentative expert estimations indicate that illegal quantities of cigarettes on the Zambian market are between 20-30% of the market translating to about 300 t0 400 million sticks per year based on the size of the market. It is believed that these non-taxed and unstamped quantities are almost displacing legitimate quantities.

The illicit trade in cigarettes is a full-blown crisis in Zambia and poses a challenge to the industry which provides a stable source of livelihood to a mix of farmers, transporters, manufacturers and distributors.

It has significant effects on economic growth that is probably not very obvious to the ordinary person. For instance, illicit cigarettes in Zambia are currently estimated at 20% of total cigarette consumption. This translates to the loss of colossal unpaid taxes and loss of Government revenue on one hand and the displacement of legitimate players in the industry on the other.

Illicit trade is becoming a growing problem as it does not only affect the tobacco industry but several other sectors such as clothing, food, cosmetics and many more. Therefore the combined statistics from other industries give a bigger picture of the scale of this problem.

Given the above startling statistics on the level of illicit trade in cigarettes, simple economics show that the industry will not be able to generate the much needed revenue for employment creation, and neither will the Government.

This position also means that the government will lose out on potential revenue that could have been generated to assist in the full implementation of key socio-economic amenities for the ordinary citizens.

It is my opinion that the problem of illicit trading has not been given due attention in this country, either by ensuring that adequate laws are provided to guard against such trading or by ensuring that adequate monitoring through relevant Government machinery actually takes place. The Mining sector is another sector characterized with activities that are leading to huge losses in Government revenue through illicit financial flows. This therefore means that Zambia should begin to pay attention to current legal, policy and institutional loopholes that facilitate illicit trade, regardless of which sector it is perpetuated from.

There is also need for greater sensitization amongst ordinary citizens on the issue of illicit trade and its effects on the Zambian economy. This implies that there is much work that we need to do at country level to improve the economic literacy levels of ordinary citizens to engage and understand the impact of such matters. In this way, citizen action to curb the vice may be unlocked.

Apart from sensitization campaigns, there is a need to conduct research to determine the compelling factors to this surging vice of illicit trade in more general terms. For instance, most traders spoken to at local markets - even those who trade in non-tobacco products such as clothes and shoes - argue that the excise tax regime in Zambia is one of the highest in Southern Africa and this makes it a lucrative destination for smuggled products. The rationale therefore is that a cigarette trader who is able to evade tax can sell their product at 65% of the price and rake in huge profit.

Illicit trade in Zambia has become a growing problem and Zambia needs to ensure that key institutions such as ZRA and ZABS provide the necessary monitoring to curb the practice. Crackdown operations on any form of illicit trading are one effective form of addressing this vice and would be key for pivotal industries such as the tobacco industry, which remains under threat to illicit trade.

Trade is an important factor not only for Zambia’s economic growth but also poverty reduction effects. It is my opinion that trade forms an integral part of our development equation and dealing with vices such as illicit trade that undermine our trade potential and revenue generation should be at the core of our developmental efforts.