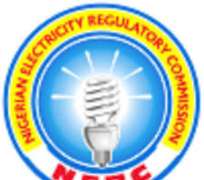 against abolishing fixed charge arguing that it is not fraudulent, as

its abolition would impact negatively on the generators who continue

to make huge investments to ensure stable electricity supply to

Nigerians.
The Chairman of the Commission, Dr. Sam Amadi made the commission’s

position known in Abuja, while responding to the query issued the

commission by the Senate on fixed charge, estimated billing amongst

other issues.
Recall that the Senate had passed a resolution directing the National

abolishing of fixed charges being collected from electricity consumers

across the country, even as the Senators urged NERC to direct the

DISCOs to discontinue the practice of compulsory bulk metering of

villages and communities in the rural areas.
Dr. Amadi however maintained that fixed charge is aimed at recovering

capital and fixed cost of various operators in the power sector,

Nigeria is not illegal. The operators invest in assets on regular

basis and recover their investment through fixed charge paid by the

consumers. It is a universal practice used by many countries across

the world” he added.
He revealed that presently, distribution companies are drawing up

modalities to restructure the fixed charge such that customers who do

not receive electricity supply are not billed to pay the charge.

On Bulk Metering of Customers, Dr. Amadi said the commission

welcome’s the Senate’s position on its eradication, urging

communities placed on bulk billing to reject it and insist on

individual metering.
In his words, “The Commission is in the process of completing public

consultation on the proposal to cap the amount an unmetered customer

can pay until he or she is metered. In the interim, the commission has

The NERC Chairman re-stated the commission’s resolve to protecting

consumer right of access to quality of service and effective

solutions, urging customers to seek re-dress at the Forum office over

non-performance of Discos in resolving their complaints.

According to Amadi, the Commission recently penalized the Abuja

customers affected. The enforcement action, he said will be spread

across to the 11 other Discos.
He said NERC will continue to ensure the survival of the new