Condemning Racism in the West, and Celebrating Ethnocentrism at Home: The Dilemma of some Africans 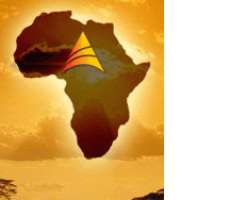 We were all excited when the “BlackLives Matter” campaign in the US gained momentum. Even though most of us are remotely connected to our brethren in diaspora, we could feel their pain and the appalling circumstances they have to endure “by accident of colour and race”. I followed commentaries especially by prominent cultural and social commentators (from Africa) about how inhumane it is, for people to be subjected to such degrading treatment in 21st century America. While I find such commentaries enlightening and reassuring, I am not but wondering whether some of us are not behaving like ostriches: by pretending these things don’t exist in our backyard. Some political activists on the continent have even sent solidarity messages to our Afro-American brothers and sisters empathizing with them for such degrading treatments. Double standards? Mmm!!!!

The irony is that, while these commentators are enthusiastic about righting the wrongs in America, their actions at home (shamefully) defeat such principles. We are witnesses to “politically correct” statements that have pit one ethnic group against another. For the purposes of convenience, politicians have in some instances intrumentalised ethnic sentiments for their electoral fortunes. Regardless of how such strategies pan out, nobody cares; as long as personal goals are accomplished. It is not shocking to learn that, some “serious-minded” people in 21st century Ghana still hold the view that it is utterly “unGhanaian” for certain people to occupy certain positions in Ghana. What makes our case even more serious is that, even America (where race is a big issue) has room for “dreamers”: the audacity of hope where dreams, like Obama’s can be achieved.

It is not uncommon to hear people describe others in distasteful words just because of their ethnic or tribal affiliations. Even at the regional or local levels where alliances and ties are supposed to be stronger, similar divisive sentiments are held by one group or another. Local level appointments which are supposed to facilitate grassroots development processes are sometimes subjected to tribal and ethnic feuds until they lose their shine. I have met people-who I consider open-minded (by virtue of their Western educational attainments) but extremely “uneducated” when it comes to their perceptions about people outside their tribal or ethnic configuration. I have similarly met people who (by my own idiosyncratic imaginings) thought would act in the usual and predictable ways, when confronted with ethnic issues; some have proved me wrong. The thing is, it does not really matter how “Western educated or enlightened” one is, the decision to respect others sometimes require the unlearning of certain habits we have learned in our formative years.

Growing up in North-Eastern Ghana (popularly called South), I had this perception about certain people being fit only for certain “menial” kind of jobs. In the environment where I grew up, they worked as labourers on farms and as “watchmen” in government offices during the night. My ignorance saw light when I finally had the liberating opportunity of travelling up North in pursuit of further education. It was there I learnt that, that particular ethnic group is tops, when it comes to ethnic groups that have churned out more medical doctors in Ghana. How ironical!! I have therefore come to the painful realisation that, sometimes our perceptions about other people are based purely on the “limited” interactions we have had with people of their kind. Such limited interactions do not merit the generalisations we put on everybody who belongs to that ethnic or tribal leaning.

While we are quick to defend the human rights of people in Western democracies, it is equally important to realise that, injustice anywhere is injustice everywhere. We cannot continue to pretend that our perceptions about some ethnic groups and people (based on our prejudiced inclinations) are affecting the way and manner we engage them in our national dialogue. Bringing the virtue of equality in our national lives is very critical to consensus building. We should all frown against tendencies that have the potential to draw deeper wedges between us. Opportunities and potential for aspirational living should not be tied to tribal or ethnic affiliations. After all, no soul (whether A or B) is worthier than the other, in the eyes of our Maker.

Disclaimer: "The views/contents expressed in this article are the sole responsibility of the author(s) and do not necessarily reflect those of The Nigerian Voice. The Nigerian Voice will not be responsible or liable for any inaccurate or incorrect statements contained in this article."
Articles by Inusah mohammed Awall
16-8-2015  General Buhari (rtd) To Declare His Asset: The Musing Of A Ghanaian27-7-2015  Would Buhari's Change Of Security Chiefs Diminish Boko Haram’s Threat? A Reflection From Ghana13-7-2015  Can Buhari's Government Frame A New Context For Africa's Leadership? A Ghanaian Perspective