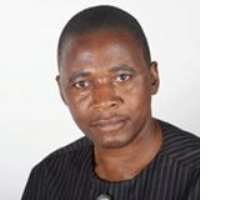 Leyii Kwanee is not your ordinary politician. He has none of the flamboyance and excessive ostentatiousness of most Nigerian politicians that you may have come across. This one was cut from a completely different cloth. The first impression one gets of him when you meet him in one of the taxis he moves around with in the city of Port Harcourt is that you have met an urbane and strict secondary school teacher. Then he will try to engage you in discussions to measure your level of awareness of certain issues, and what you feel should be done better.

If you are able to impress him, then one day, you may get a call from him or one of his underground assistants, and you just might find yourself headed to one of the top schools abroad to get a degree you have been dreaming of, but have failed to get because of financial limitations. Or, you might just post something intelligent on Facebook, and if he is impressed, you get a call and one of your dreams becomes realized. But always, it has to be a dream that will positively affect the society either now, or in the future. Then one day, you will just find out that you have been talking to the immediate past Deputy Speaker of the Rivers State House of Assembly!

The man's legend preceded him as I heard stories of what he had done to help young people realize their dreams without even knowing such young people before. Then one day, a photo of a young man who had just graduated from a university in the United Kingdom was shared onto my Facebook page. I was intrigued. Then I put in action a systematic plan to get to this man, sit down with him, and interview him. I needed to know what was his motivation; what was it that made him so different?

One Saturday morning, while I was preparing to go out for breakfast with my wife and daughter, I got a call from my friend Dum Syl Aminikpo. Dum's voice was lively and I could feel the laughter underneath(the way he usually sounds when he feels he has done something I will be very happy about);

“Bro, the DS(he calls Hon. Leyii Kwanee 'The DS' whenever he is talking to me about him) said you can meet with him this morning. The challenge is that he is travelling and you have to use the time between where we meet to the airport, for your interview'.

I jumped at this offer! Then began a wavy race to catch up with Hon. Kwanee. From Mgbuoba through Rumuola, I kept chasing them with my car, since they already had a head start. Fortunately for me, Hon. Kwanee asked the taxi driver that was driving him that day to stop at a filling station along Eliozu so that I could catch up with them. With my wife driving my car back, I got into the back of the taxi with Dum, while Hon. Kwanee stayed at the passenger's seat. What struck me first was that his primary concern was how my wife would drive back with my less than a year old daughter. He was not concerned about the possibility of missing his flight due to my lateness; he was first concerned about the welfare of my family.

So straight out I asked him; 'What is it with you and human development which nobody really sees, when you can engage in infrastructural development to gain political credit?' His response chilled me;

"Nnaemeka my friend, the invisible things of life outlive us, not the structural! My sole purpose in life is to inspire the young ones. When you do the things you do and the future becomes brighter for young people, the world becomes a little bit better than it was. I also believe that in sowing and reaping, there must be reactions, so for me, the world gets a little bit better through what I do, while God blesses me."

And in that way, he has affected the lives of so many young people who sometimes show appreciation, and at other times are unappreciative because they think he has not done enough for them. How then does Leyii Kwanee balance these reactions and still continue to do good?

"I am a political product of divinity. My actions are tailored to fulfill my God-given duty of making this world a better place because the reason why I am where I am is because God gave elevated me so that I can help others. That is what guides me. You will not read it anywhere because I kept it a secret, but I and my wife have a project wherein we send relief materials to people who are displaced due to the Boko Haram scourge. Doing that is not my political responsibility but it is my God-given duty. So I do what I do as a servant of God. The truth is, whether or not what I do is appreciated,I will keep working to make this world a better place'.

"What will I be contesting for? I mean, let us tell ourselves the truth, if I go back to the house[Rivers State House of Assembly], what will I be going for? The Speaker's position? I already got a taste of it when I oversaw a lot of things in the house in the absence of the speaker during the long period I was there. Plus you must remember what I told you earlier: I am a political product of divinity and the spirit of God did not direct me to contest for any position for now. Politically though, I am not done, but right now, I am focused on doing my duties as a servant of God"

As the taxi pulled closer to the airport, I had to quickly ask him what Saro-Wiwa's influence was on him, and how he sees the present crop of Ogoni youths.

"Ken Saro-Wiwa was there as an idol for Ogoni people as I was growing up. He did inspire a lot of us to aspire to greatness. But I don't think that the younger generation of Ogonis are really toeing Ken's path. I don't think they are as focused as they should be. I know that every society has youths who are unfocused, and ours is not different. I think however that it is necessary for us to engage a bit in what I call Mental Adjustment Programmes. Jumping on the bandwagon of politicians should not be any youth's dream. They should go out there, pursue their dreams, get a good education, then our society will be better for it. I believe strongly in Mother Teresa's immortal words: 'I can do what you cannot do, you can do what I cannot do, together, we can do great things'. This should be the inspiration for Ogoni youths."

As we passed the gate to Port Harcourt International airport, Hon. Leyii Kwanee's taxi driver attempted to overtake series of cars at once. Right in front of us was a Toyota Hilux van coming at top speed and we were headed for a head-on collision until the second car in the lineup of cars the driver was trying to overtake swerved a bit inside to create room for our own driver. I was alarmed! Hon. Kwanee merely smiled at the driver and jovially told him that we were close to the airport so the rush was not necessary. Then he was asking me about my views on the current political situation in the country and the state as if the driver did not deserve a serious reprimand! We got to the airport and I and Dum offered to carry his bag and he calmly refused and said "I won't feel complete if I am not carrying my bag by myself". That to me summed up the man.

* The 13th of August is the birthday of Hon. Leyii Kwanee. I will like to use this opportunity to wish this quietly great man a very happy birthday. I hope to meet you again someday and hope that no matter what happens, you will continue on the path you are on. The future of this country is BRIGHT because people like you still live here!