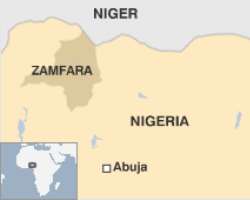 British intervention in Nigeria is a curse rather than a blessing. Radical historians and scholars believed that Britain employed colonialism which is an aspect of imperialism to prepare the minds and brains of Nigerians for the exploitation and plundering of their economic resources. The British looked at Nigeria as a transit camp to drive their interest home and to sustain them abroad. This has found an expression in the colonial development on issues of political, economic and social policies during the period between 19th and 20th centuries.

POLITICAL POLICY
The Indirect t Rule policy adopted by the British served a useful purpose in enabling them to extend their control over Northern Nigeria and in helping them to win confidence of the Northerners because British made use of the existing Nigeria administrative set up which commanded the respect t of the people. It has also been claimed that the policy was an easy and cheap way of ruling illiterate communities who could not easily understand the daily arts of laws and the intricate set up of a modern system of government.

The system again preserved native institutions, integrated them in the machinery of the central government. And, above all, trained native rulers in the art of governance in the higher level. Nevertheless, the political policy exerted on Nigeria has been disruptive, rather than integrative as opined by some archaic scholars.

To start with, the policy complicated the task of welding the diverse elements of Nigeria into a strongly united nation. By Indirect t Rule, the British colonial administration encouraged parochialism which has been difficult to eradicate, especially in the former regional and central parliament of the country. In the north, the British officials undermined the considerably unity achieved by the jihads by their policy of building up the independent power of the emirs to the extent that the emirate was already moving towards a separate independent state. In short, indirect rule was anti-unity and anti-national in practice.

The British plan as orchestrated by Lord Lugard was for perpetual colonialism of Nigeria. The system was meant to retard progress of self-government and perpetual European rule rather than for preparing us for self-rule. Lord Lugard's hostility towards the educated Nigerians in the South and his system of education in North, which aimed at training only the sons of Chiefs and Emirs as clerks and interpreters, showed him as one of Britain's arch-imperialists. This brand of education was tailored to the needs of their colonial economy. This, of course, gave rise to the attitude which tended the regard for literary education as the form. Very unfortunate Indeed! Not only was education provided very wrongly-oriented in aim and content, but also that the facilities were grossly inadequate; there were (if any) a few primary schools and higher education that was non-existence until after the World War II. The result was that Nigerianisation of the services became a problem after independence in Nigeria. Lord Lugard created in Nigeria, one administrative unit, and not a Nigerian nation. He vigorously pursued a policy of isolating the North from the South- a policy which his successors maintained. For instance, the North was excluded from the Legislative Council until 1947. It can be said, thus, that Lord Lugard sowed the seeds of separatist tendencies which have plagued Nigeria unity until now.

The backwardness experienced in the northern part of the country in terms of education most especially could be accorded the British political policy of indirect rule. This policy excluded the European Christians from the Muslim north- a policy faithfully followed by British officials until recent years- insulated that part of the country from the beneficial and progressive missionary influences to which the South largely owes its advance over the North today. The curse trend would not be complete if the subtle way of imposing a petty British autocracy on the people under the guise of training Nigeria's traditional rulers for eventual self-government, is not chronicled. Just as Adu Boahen put it," it was in reality the most indirect method of ruling directly". The British officials insulted our Chiefs and elders under this rule...'forcing prominent Yoruba chiefs to supervise grass cutting along the roads to punish them for their independent views'- (Webster and Boahen); dictated to them, vetoed their decisions, imposed taxes, arbitrarily deposed and appointed chiefs and interfered with local customs- all in the name of expert advice!!!

ECONOMIC POLICY
The British decisive colonialisation policy was motivated mostly by economic considerations. This economic policy made Nigeria a source of raw materials and markets for the goods manufactured in Europe. British one-sided economic policy was to encouraged agriculture and mining, which produced raw materials for export to the industries in the metro-politan Europe. This, as a result, expanded the market for the products of their manufacturing industries. Production of raw materials were also encouraged so that money realised thereof would be spent by colonial people in purchasing manufactured goods from Britain. These activities resulted to building railways, roads and harbours to transport the raw materials. The emphasis on the production of cash crops like cocoa, cotton and rubber led to a decline in the production of quality and high yield staple food crops like rice, cassava and millet with its concomitant of famine in Nigeria. In addition to this was the high dependency on peasant agriculture rather than estate one. The British felt it was unnecessary since Nigeria production of cash crops were adequate and cheap, and, that, setting up plantations would only benefit the indigenes.

The British frowned at the establishment of industries. Since Nigeria was meant to be essentially markets for the manufactured goods, the establishment of industries in the colony was not one of her virtues because it would bring about competition between colonialist versus the colonized country (Nigeria)'s industries. And, so, they neglected industrialisations; Nigeria was made subservient to the economic interest of Britain in matters of trade. The sphere of trade was monopoly and exploitation. Nigeria was neither free to sell her goods to markets offering higher prices nor allowed to buy manufactured goods from markets offering cheaper prices. In short by 1930, Britain had already barred the importation of cheap Japanese cloth and other goods into Nigeria. Thus, we were forced to buy British goods which were dearer. It is worthy of note that the resultant effect of this is that it has succeeded in inculcating the culture of been perpetual consumers of only manufactured goods of Britain and other European nations.

Furthermore, the development of infrastructure, such as narrow roads and bridges, ports and harbours, railways were all meant to enhance the colonialist exploitation of the economic resources of Nigeria. Most of the colonial railways ran from the coast to the interior leaving the vast areas without the benefits of railway services. The aim was to create opportunities to carry the agricultural and mining products (raw materials) easily and quickly to the coast from where they were shipped to European markets. They were also constructed to protect the economic interest which included the transportation of British personnel from one place to another. As a matter of fact, the extensive development were ultimately a means to an end; not an end itself. Cursative enough was the use of forced unpaid labour for the building of these railways, roads and harbours. However, it became funnier that they did not re-invest their huge profits in Nigeria, rather repatriated the proceeds back home. So, while the exporter grew richer as they milked us, the supplier grew thinner. Banking and cash currency was introduced to facilitate the exchange of goods in the capitalist manner between the Whites and the Blacks in Nigeria.

SOCIAL POLICY
Based on self interest, it was aimed at developing slow rudimentary education, health and sanitation services. The facilities, scope and standard of health services provided were dastardly poor and strictly limited. Also, technical and higher education was not envisaged until the closing phase of colonial era. Similarly, Senior Service Quarters ( SSQ ),electricity supply were limited too. On the whole, British intervention in Nigeria set a very wrong pace for post-independent Nigerians. The devastating havocs are reflecting in the economic, political and social life in the country.

The separationist policy pursued by Lugard whereby the Northerners were excluded from all affairs in the other regions, became a continued terminal that Arthur Richard, his successor, perched. He regionalised the country Nigeria, which has since lingered on. The policy has upheld tribal patriotism, rather than national. This has been one of the contributing factors that has torn the political stability apart..."Things fall apart, the centre can not hold...they came and put a knife in our midst and torn us apart...(Okonkwo in Chinua Achebe's, Things Fall Apart).

Every elected leader would want to develop only his home town, or perhaps, his region at the expense of others and the nation at large. Almost 85% of Nigerians are merely peasant farmers as a result of British lack of interest in estate plantation. Today, Nigeria is one of the African countries that has the highest dependency ratio. The reason is not far-fetched. British economic policy was tailored on Nigeria depending on only foreign imports and that is why nobody values a home-made products or better still, "made in Nigeria" products. Is this not a big curse???

The technological explosion in Europe today is a blown out efforts of able-bodied Nigerians and Africans at large. During the colonial era, the imperialist frowned at self industrialisations and development for fear of been overwhelmed by her colonies. As a result, no technical school was established to train experts to drill our oil wells and to operate the machines. All the oil companies are jam-Devaluatedpacked with expatriates as heads; a new form of colonialism called neo-colonialism.

Should we mention our currency(The Naira) that was devaluated, while the foreign ones like pound sterling and the dollars were held in high esteem! This has resulted in slow pace of development in the country as well. To say the truth, the British would not be forgiven by nature as well as the people of Nigeria for the evils done in their soil. They must cleanse the land!!﻿

Disclaimer: "The views/contents expressed in this article are the sole responsibility of the author(s) and do not necessarily reflect those of The Nigerian Voice. The Nigerian Voice will not be responsible or liable for any inaccurate or incorrect statements contained in this article."
Articles by Divramredje Lawrence Efeturi
9-6-2016  Militancy In The Niger Delta Region: The Facts And The Fallacies25-5-2016  Bring Back Our Old National Anthem8-2-2016  Mohammadu Buhari: The Messianic Salvager16-1-2016  Highway Libation 8-8-2015  A Synopsis Of How The Isoko Nation Came To BeingMore...