Ogoni Clean - Up : Buhari A Better Son Of The Niger Delta Than Jonathan, Wike - APC 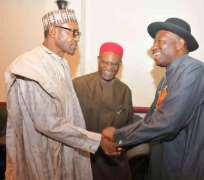 The All Progressives Congress (APC) in Rivers State has hailed President Muhammadu Buhari for fast-tracking the clean-up of Ogoniland in accordance with the Report and recommendations of the United Nations Environmental Programme (UNEP).

In a statement signed by the Chairman, Dr. Davies Ibiamu Ikanya, and issued on Friday in Port Harcourt, Rivers APC said that by so doing President Buhari, though not from the region, has proved to be a better son of Rivers State and the Niger Delta than immediate past president, Dr. Goodluck Jonathan, and Rivers State Caretaker Governor, Chief Nyesom Wike.

“The news of President Buhari not only directing the cleaning up of Ogoni land but also the fast-tracking of the process came to us as a great relief particularly considering the fact that former President Jonathan in demonstration of his hatred and disdain for Rivers State and her people ensured that this exercise did not see the light of the day throughout his ill-fated regime which was more of a curse to Rivers State people and the Niger Delta region,” Rivers APC said.

“President Buhari has demonstrated by this act that he is a better son of Rivers State and the long suffering Niger Delta than Dr. Jonathan and Chief Wike who, though from the region, instead teamed up to ensure that the region was under-developed and even ceded our oil wells to other states while also ensuring that no Federal Government presence was felt in Rivers State throughout their evil regime,” the party said.

The Rivers State APC commended and congratulated President Buhari “for this brave and patriotic step in cleaning up Ogoni land,” assuring him and the National APC Leadership that it would do everything constitutionally possible to get the impostor called Chief Nyesom Wike out of the Rivers State Government House to appreciate and compensate President Buhari for his love for the people of the State.

This development once again proves that Rt. Hon. Chibuike Rotimi Amaechi was very right in mobilising us and the entire Nigerians to vote for President Buhari during the March 28th, 2015 Presidential polls as President Buhari has proved that he is truly a God-Gift to Nigeria at this particular time to right the wrongs, injustice and wickedness Rivers State and Niger Delta suffered under the regime of Dr Jonathan Goodluck.