Still On The Proposed Privatisation Of Our Health Sector 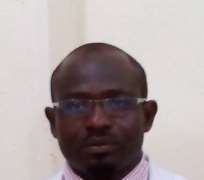 Unarguably, our health sector remains the only sector with the highest number of industrial actions . Many lives have been lost in avoidable situations owing to these incessant crises in the sector .In view of this,the current administration recently revealed its willingness to nip this intractable problem in the bud through privatisation of the sector but some cabals benefitting from the pitiable state of our health sector have once again raised an alarm against such move by the government . I am aware that Satan will be surprised at some of the things happening in our country.

Consider,for an instance,Just recently it was reported that street beggars in Kaduna state were threatening dragging the state government to court for banning street begging and it was also reported that a fake doctor had the temerity of working,not even at the local or state government level but at the federal level in a country where qualified medical doctors stay many months at home before securing jobs .Will the beggars not use the money they will use to brief their lawyers, to go and start petty businesses or are they born to beg hence they should not be deprived of their inalienable rights to begging ? Our former first lady under these circumstances would shout,'There is God ooo.'

Coming back to our topic ,the Joint Health Sector Unions (JOHESU), Assembly of Healthcare Professional Associations (AHPA) and their sister organisations recently opposed the proposed privatisation of the sector . As I read their joint communique ,I remembered a song in pidgin English that says,' No be you say you be oga ,na why e dey run.' This communique reminded me of the roles of Sanballat and Tobiah in the rebuilding of the temple in the holy book of Nehemiah . By this their recent communique,it means that this group wants our health sector to remain in its present pitiable state? Is it not pathetic that surgeons in conjunction with the physicians will manage an unstable surgical patient and when the patient is stable to withstand surgical stress ,one group will embark on a strike ,so that after the strike ,the patient will either be resting in the grave or be in the mortuary in preparation for the final burial?

Is it not preposterous that the same people that were shouting and quoting 'International best practices ' are still the same people that are now opposing privatisation which is the foundation of the International best practices in any health sector ? Top hospitals and universities in the world today are either privately owned or are run by public-private partnership. All the medical tourisms by Nigerians abroad end up in these hospitals run by public private partnership .

Why are they afraid of public private partnership and why is Nigerian Medical Association (NMA) supporting the proposed privatisation of the sector by the current government ? The answer is simple,under public private partnership ,each of the professionals in the sector will be paid according to their inputs/skills and not according to their ability to either draw media attention by issuing communique or ultimatum on daily basis or form more unions in the sector .

Once the sector is privatised ,all these unions will die a natural death,everybody will return to his duty post and face his assigned duty. At that point ,we will see if an entrepreneur will agree to employ a consultant generator operator,cleaner,mortuary attendant etc and pay him/her consultancy allowances .At that point ,we will see if pharmacists in our tertiary hospitals will continue being drug counters while more than 98% of the drugs used in our hospitals are imported and even those requiring reconstitution are done by private firms outside the hospitals .

At that time,we will see if pharmacists in our public hospitals when embarking on any strike will lock up all the drugs in the pharmacy shops such that when they resume after the strike , majority of the drugs must have expired . Also,at that time we will know if medical laboratory scientists will collect samples from patients and later in the same day will embark on a strike ,abandoning the collected samples .

When the current director-general of NAFDAC was about to be appointed ,one of their component units fought against that for no other reason than he is a medical doctor but the former president went ahead and appointed him. Even after that,they went ahead to contest the appointment of Dr Paul Orhii in the law court and they expectedly lost the judgment. Also,when resident doctors were sacked last year ,this amorphous group went ahead and congratulated the then president for a job well done even when they were aware that our tertiary hospitals could not work without these resident doctors.

Why are they afraid of public private partnership ? They should accept the fact that people are supposed to be paid according to their skills and not according to their abilities to make noises in an organisation .Under public private partnership,I will like to see how a nurse that has direct contact with the patients in most of the times will earn lower than a drug counter in the pharmacy unit.

They are aware that with this newly proposed arrangement ,everybody in the sector will work out his/her salary. Until then,let me see a good entrepreneur that will appoint people without the requisite qualifications and experiences as the chief medical directors ( CMD) because the post ,as JOHESU will always argue, is purely administrative .In our private enterprises we employ competent hands because we know that the quality of our services determines our output and Revenue but in our government hospitals we want a cleaner,mortuary attendant etc with O'level certificates ,first degree or OND/HND to head our tertiary hospitals in the presence of medical consultants under the incessantly- abused 'international best practices' . I don't need to remind the government on the need to retire senior army officers when their junior is appointed as the Chief of Army Staff.

When the issue of Yayale Ahmed committee came up last year ,it was this very group that first accused the then president of intentionally delaying the report of the committee. They so boasted of the report that I developed cold feet . On the contrary,when the committee finally submitted the long-awaited report ,they were still the group that opposed the contents of the report even when the then president had not digested the report. My question is, by opposing the recent move by the current government to end these incessant crises in the sector ,do they want our health sector to remain in its present pitiable state where strike can be declared while some patients are on the operating table and medically unstable patients in the Intensive Care Unit (ICU) can be forced to be referred out of the tertiary hospitals( the highest hospital in the country) because a group has gone on a strike and many of these patients die on transit? What is wrong with public private partnership if they don't have any skeleton in their cupboard ? I don't want to believe that this group was created to destabilise our health sector.

In that communique, they purposely brought in the issue of Yaba Vaccine Laboratories first in order to whip up sentiments before narrowing down to the major aim of their communique which was to oppose the proposed privatisation of the sector . I hope our government will be able to separate the wheat from the tares in that the issue of Yaba Vaccine Laboratories was brought in to present them in good light before the government such that having cleared the ground ,their opposition to privatisation was finally revealed . That is what Napoleon called 'place your iron hand in a velvet glove'. I must confess that i am at times taken aback by some of their moves in the sector especially in the area of paying greater percentage to politics and unionism .

All I am saying is that our health sector will not remain this way. Why are private pharmacy shops prohibited from coming inside the hospital premises to establish their shops if the government owned ones don't have any skeleton in their cupboard ? Private laboratory science laboratories will also be allowed into the hospital premises in order to introduce competitions ? When doctors went on a national strike last year,many citizens criticised them without knowing that the strike was borne out of uncontrollable provocations in the sector .This is time for Nigerians to know the real enemies of our health sector.

I look forward to a day when clerical staff and other workers like accountants in the ministry of justice will be appointed as Attorney general or commissioner for justice because as my JOHESU friends will argue ,the posts are purely administrative and the sector is muti-disciplinary .Also ,I will like professors of paralegal studies to come and head our ministry of justice as paramedical workers are advocating in the health sector. More so the appointment of paramilitary officers from the Nigerian Security and Civil Defence Corps ,Federal Road Safety Commission ,Nigerian Customs Service etc as Chief of Defence staff will help to assuage my aggrieved mind after all,the post of the chief of defence should also be purely administrative as my JOHESU may also argue .