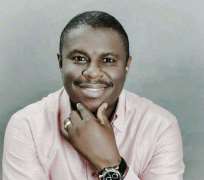 Dr. Dakuku Peterside, All Progressives Congress, APC governorship candidate in the April 2015 election in Rivers State has commended President Mohammadu Buhari for his courage in fast-tracking the long expected implementation of the United Nations Environmental Programme (UNEP) on the environmental restoration of Ogoniland in Rivers State.

Peterside who spoke in Abuja, the nation’s capital, expressed happiness over the president’s many actions that would eventually address all environmental issues in Ogoniland.

According to Peterside, this move obviously is historic and promises to ameliorate other challenges facing Ogoniland.

“Once again, Mr. President has demonstrated that he is a man of honour. During his campaign stops in Rivers State shortly before the election, he promised our people that his government would look into the UNEP Report and the challenges facing the people of Niger Delta. Less than three months into his administration, the President has already taken a giant step in this regard. He is indeed a man of his words.

“Our people in the region know that this is a president we can trust because of his antecedent and track record.. By this action, Mr. President has rekindled hope and brought a major relief to our long-suffering people.

“We know that it can only be better. I therefore urge the entire people of Niger Delta region to rally round this president as he works tirelessly to return Nigeria on the path of honour and greatness. Our region is on his mind, therefore we must do everything possible to support this administration.