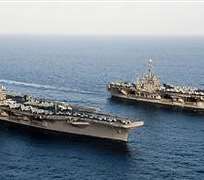 Over 5000 Youths of Niger Delta region are set to square up against management of the Nigerian Liquefied Natural Gas company in what has been described as mother of all protest over the company’s sustained refusal to make public statement concerning NLNG’’s true position over location for the construction of its whopping $1.5 billion naira shipyard.

NLNG in an earlier statement had decided to site the shipyard at Badagry Lagos but following pressure from stakeholders from Niger delta and beyond it was gathered that the company had rescinded that decision and had opted to carry out an investors fair in Port Harcourt to revert the project to Rivers state.

The news about the recent reversion was made more acceptable after release of a communique issued by the Rivers state Entrepreneurs and Investors Forum revealing on her website and on a radio broadcast that a meeting between the group and management of the Nigerian Liquefied Natural Gas company, NLNG had broken the deadlock over its earlier decision to site NLNG drydock in Badagry, saying the company would now revert to its operational base in Niger delta.

However while the ovation over the acclaimed reversion was loudest, leaders of strategic youth organization in Niger Delta thought otherwise, they explained that they cannot accept the pronouncement of a third party as that of the multi-billion naira company. Especiallt in very crucial and delicate matter of such interest. They had therefore demanded that management of the company must come up with a public statement to officially and unequivocally state NLNG’’s true position concerning the chosen location for the shipyard.

In a press briefing held in Port Harcourt by leaders of the Niger delta youth groups, spokesperson for the coalition and leader of Bonny Youth Federation, Barr. Simeon Wilcox in a statement read out had spoken sternly that failure to heed to the voice of reason and make public statement over the issue and repel intervention attempt by various stakeholders shall attract a huge protest of over 5000 youths across every NLNG operational committee in the region until the matter is addressed.

The communiqué signed by the leadership of Bonny, Kalabari, Finima and Orashi youth organizations including apex Ijaw youth body Ijaw Youth Council Worldwide and the National Youth Council of Nigeria among others noted that NLNG’s continuous silence is not only worrisome but leaves a lot to be desired over the company’s sincerity. It said, “Even if the said announcement has offered a temporary reprieve to the host and people of Rivers state and Niger Delta in general, it has continued to agitate our minds as to whether NLNG actually reconsidered its decision to site the said Drydock in Niger Delta irrespective of the fact whether finances for the project is gotten from investors within the Niger Delta region or beyond”.

“We are disappointed that NLNG has not thought it wise to make any official statement through the media, state government or community leaders concerning the outcome of an acclaimed agreement with the leadership of the Rivers state Entrepreneurs and Investors forum”.

“Our observation is that NLNG has been vague over this very serious regional economic matter considering our suspicions bothering on the outcome of the feasibility study and the unambiguous claims by its spokesman Tony Okonedo that the company is just facilitators and not sponsors of the project,” they were quoted as saying.

The youths who said their initial grievance was anchored on the fact that NLNG decided against all odds to construct a drydock shipyard worth $1.5 billion US dollars in an area outside its operational base and region express angst that the company did a kangaroo feasibility study without stakeholders from Rivers state and indeed Niger Delta whose interest should have been incorporated ab initio.

The decision according to them was a clear case of insensitivity on the part of the company and a provocative corporate decision as NLNG failed to consider the colossal unemployment rate inherent in Niger Delta and in which citing of the project would have mitigated in Rivers state and more especially in Bonny kingdom were the livewire of NLNG is domiciled.

Furthermore they explained that the company failed to consider the huge infrastructural deficit of the region which could be ameliorated by the accruable tax brought about by the project. The statement said “One had imagined that promoters of this noble project would consider the advantage of closeness to raw materials, conducive harbor with huge potentials located in the host state and the people who bear the consequences of pollution arising from flared gas, environmental degradation, huge vessel wave actions which results to shoreline depletion and denies fishermen their only source of livelihood’.

The national secretary general of Ijaw youths council, Emmanuel Bristol Alagbariya in his remark noted that the management of NLNG had betrayed and failed in the management and preservation of the interest of their external critical stakeholders. He said there is need for them to do the needful in order not to ignite the already tense atmosphere in the Niger delta region.

Kalabari youth leader, Livingstone Membere said he cannot discern why the company will choose to neglect the very people that bear the brunt of pollution at this critical time when they should benefit. He described NLNG’s action as corporate decision anchored on ethnicity and bad politics.

Finima youth leader, Aladiokuma Hart said Finima community like no other host community have provided the company with serene and the best atmosphere to operate even in the face of certain anomalies put in place by its management. However he warned that the silence and understanding by youths of the area should not be taken for granted but rather should be reciprocated.

In its concluding part the statements reads: “ youths of the entire Niger Delta can no longer wallow in abject poverty and brazen unemployment in the midst of plenty while citing of strategic industries that should ordinarily add value and alleviate our sufferings are taking away from our very nose as a result of bothersome corporate decisions”.

They therefore urged President of the Federal Republic of Nigeria, Mohammed Buhari, the Senate President, Speaker House of Representative and Rivers state Governor, Chief Barr. Nyesom Wike with members of the Rivers state House of Assembly to intervene on this all important issue in order to avert situations where youths of the state will be left with no choice than to take their destiny in their own hands, saying NLNG need to pay heed to reason.