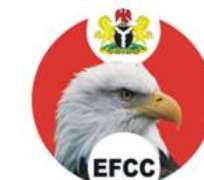 Fresh trouble is brewing in Nigeria’s anti-graft police where some senior police officers on secondment to the agency are poised for a showdown with the agency’s boss, Ibrahim Lamorde.

While some senior police officers are threatening to expose Lamorde’s many shady deals over his move to send them back to the police, some other operatives are accusing the agency’s deputy head of operations, one Aminu Ado Aliyu of leading a powerful cartel that extorts money from suspects.

It was gathered from one of the top officials of the agency that “we are ready to spill the beans and expose Lamorde’s many corrupt acts because he has finished using us to extort money from suspects and now wants to dump us by going to the IGP secretly to request that all police officers who have spent five years in the agency be transferred back to the police. We wont allow him to use us to get rich and now dump us.”

The senior police officer regretted that “many of the officers who had stayed above five years were returned to the police especially the corrupt ones when the former chairman, madam Waziri came newly. The same Lamorde brought all of them back in 2012 when he was appointed Chairman. But now he just woke up to say we have to go back after he has broken the rule himself and used us for various deals. We will expose him for the world to know who he is.”

In another encounter with an operative of the agency, the officer described Aminu Aliyu in unprintable words. According to him, Aliyu “heads a cartel. He’s a Mafia. He’s evil. I worked with him briefly from 2012 to 2014. He’s cunny and very sadistic.

“He’s popularly called ‘Boko Haram’ by operatives for his sadistic manner of approach to everything. He’s the deputy head of operations. He heads a cartel in EFCC that specializes in extortion from Yahoo boys. The crop of fraudsters that swindle people online. He works very closely with his friend and business partner, ‘’Alhaji Gay’’. The Alhaji operates from Abeokuta to Ibadan and Lagos looking for Yahoo boys. Once he identifies them, he alerts Aminu. Aminu has his own henchmen within the Commission that will carry out the arrest and subsequent extortion. Aminu takes cars and cash and other assets in exchange for the freedom of these Yahoo boys.

“He has more than 1000 cars that have been sold through car dealers or still in his possession. He believes that if you can’t part with these items, you must go to jail. This applies to all other manner of detainees. There are numerous examples of suspects he’s had dealings with that will come up against him if there is an investigation.

“He’s violent too. He once slammed the heel of his shoe on the eye of a detainee. I doubt if the detainee will ever see properly with that eye again. Some suspects have not been charged to court since 2011, because they refused to ‘’play ball’’ with him.

“Once he hears dollars and Pounds sterling is involved in a transaction, he must have a bite or the suspect won’t go home for a long time. He never investigates. Under him, the deplorable conditions of the cells have worsened. In 2013, it was manageable but he believes a suspect has no right to any kind of comfort.”