The English Premier League Kicks Off On BBC Africa 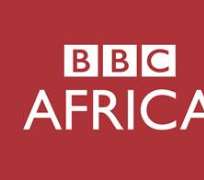 From Saturday 8 August, football fans in Africa can follow the exciting live action of the new season of the Barclays Premier League in four languages. BBC Africa will bring commentary from matches of the world-famous league to football fans across the continent - in French, Hausa, Somali and Swahili.

Broadcasts are available on BBC FM stations and partner radio networks. The programmes provide live match commentary and also interaction with pundits and fans across the continent via satellite links, telephone, SMS and social-media channels. Live updates from matches will also offered via live pages for each of these services on bbc.com, giving fans the chance to keep up with the matches wherever they are.

Solomon Mugera, BBC Africa Editor, says: “We know that the English Premier League has millions of supporters from all across Africa and are very happy to be launching the season once again. Our commentary brings the thrill of these matches directly to fans, and there is more to come. In response to our audience’s growing interest in all things English Premier League, we want to give them an all access pass to players and clubs as well featuring the people who are the league’s heartbeat: its fans. Look out for our new and exciting online extras to support this season.”

BBC Hausa reaches an audience of 18. 1million every week across Nigeria, Niger, and parts of Ghana and Benin. It is broadcast via 14 local FM stations.

BBC Afrique reaches an audience of 12.7million every week and provides content for 23 countries across Africa. It is broadcast via eight local FM stations.

Ahmed Abdinur and Mohamed Deysane.
BBC Somali reaches an audience of 3.5 million every week across Kenya, Somali, Djibouti and parts of Ethiopia. It is broadcast via four local FM stations.

BBC Swahili reaches an audience of 16.6 million every week across Kenya, Tanzania, Uganda, Burundi, the Democratic Republic of Congo and parts of Mozambique, Zambia and Malawi. It is broadcast via 21 local FM stations.