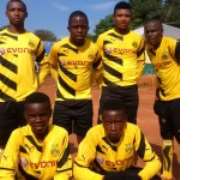 The much anticipated Youth Unity Cup tournament played by members of United Anambra Youth Assembly (Abagana Chapter) began on May, 2015 and ran for 2 months, coming to a halt last Saturday. With one field location – Udoeke Primary School Playground, a total of 10 teams (local wards) participated in the tournament. The finals between Ezi-Ube FC and Ofenochi United ended with the former emerging the winner by scoring a lone goal against the later.

The tournament aimed at promoting oneness, united voice and re-orientation of the youths in line with the vision and youth-friendly policies of Anambra State Government led by Chief Willie Obiano. This maiden edition of the tournament not only cultivated a spirit of unity and love among the players but also provided a platform for community involvement, participation and development of young talents.

Rtn Ifeanyi Aniagoh, a blogger at ifeadinmesi.com and the Executive Assistant to Governor Willie Obiano on Social Media said he was pleased “not just for being the Cup Donor but for the reality that the participating teams/youths are more united and closely knit to pursue a common cause for a better future”, emphasizing that “It's a glaring merit of having young people in political positions”. Speaking further, Rotarian Ifeanyi said the “tournament gave the organizers and I the opportunity to drive home the resolve of Gov Willie Obiano to re-orientate and empower our youths, to encourage the spirit of 'fair play' and to promote unity amongst ourselves” and thanked the UAYA members for putting up a hitch-free competition promising that the tournament will be an annual event covering a greater sphere.

The founder of Football Across Anambra State and CEO of Oliswaren Group, Chief Olisa Aniunoh while congratulating the winners praised the skills displayed by the players promising to ensure annual and state-wide competition for the young talents if his desire to lead the Anambra State FA is achieved. Chief Aniunoh relishing his time as a striker, donated a special cash prize and instant scholarship for the tournament's Top Scorer, Arinze Okam and doubled the Prize Money for the 2015 Youth Unity Cup Champions.

Presenting the Trophy to the Winners, Chief Joe Billy Ekwunife charged them to make good use of their victory and its value. Chief Billy who is the Managing Director of Anambra State Investment Promotion and Protection Agency further encouraged the youths to “strive to harness their skills and talents and explore ways in which they can be used beyond the borders”. Founder of Football Across Anambra, Chief Olisa Aniunoh performing the Kick Off Arinze Okam celebrating the Trophy with his mates

In the same vein, the Commissioner for Youth and Sports, Chief Tony Nnacheta ably represented by Mr Ike Okolue emphasised the need for youths to explore how they can use their talents to earn a living stating that Anambra State Government amidst its numerous youth development programmes supports grassroots talent development and youth empowerment.

Hon Iwuoba Chukwunonso representing Comrade Chinedu Obidigwe, the Special Adviser to Gov Obiano on Political Matters and President of United Anambra Youth Assembly described the tournament as “the first and best in town”. Hon Iwoba praised the UAYA members for their steadfastness reassuring them that with Gov Willie Obiano, Anambra Youths will be better empowered.

On his part, the Special Assistant to the Governor on Political Matters, Onyeka Mbaso enjoined the youths and the entire Abagana community to maintain their support for the dynamic governor as his achievements in a short time in office have left Ndi Anambra attesting to the fact that Willie is Working.

Representing the Rotary International, Hon (Rtn) Obiorah Okaro, Past President of Rotary Club of Njikoka explained that philanthropic acts as displayed by Rtn Ifeanyi is synonymous with Rotary. He stressed the need for the youths to emulate the virtue of charity.

Awards were also presented to the Youngest Player of the Tournament, Top Scorer, third and second-placed teams.

In his vote of thanks, Comrade Chuma Nwandu, the Ward Coordinator of UAYA expressed gratitude for the large turnout of spectators both young and old. In thanking the guests, Comrade Chuma praised their commitment to the development of youths and eulogized Rtn Ifeanyi Aniagoh for donating the Trophy.

Also present were stakeholders and leaders of the State ruling party, All Progressives Grand Alliance, APGA led by Hon Charles Ukekwe, the Local Government Chairman of the Party and his predecessor, Hon Paul Anaekwe (Barbeach).

The Deputy Chairman of Njikoka Local Government, Hon Chuks Obiweluzo; Hon Tim Ifediorah, member representing Njikoka 1 in the Anambra State House of Assembly; Barr Ephraim Ilonze, the President-General of Abagana Welfare Union amongst many others were among guests hosted after the game.