Why Entertainment Can’t Do Without Photography –Timi Adewusi 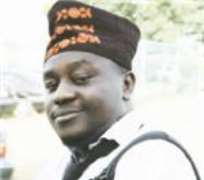 The beauty of any event often reflects on the quality of pictures captured. This, Timi Adewusi, a graduate of Religious Studies of Obafemi Awolowo University (OAU) Ile-Ife, now a professional Photographer. The dark complexioned dude who hails from Ogun State tells REPORTER, Ifeoma Meze, in this interview the uniqueness of photography as one of the prestigious professions to be reckoned with in the modern world. He also lists the challenges of the trade. Excerpt:

How did you venture into photography? Did you just stumble into it to make a living?

Not really. I have always had a thing for photography. I see my being into photography as a calling but what really drove me into it eventually was in 2004 when I finished school and did not have anything doing. My NYSC was delayed for two years so I started nursing an inner passion for photography. That I had always had, because while I was growing up I had always had a point and shoot camera. In school, I had one or two photographers that I used to go and hangout with. In 2004 when I finished school, the urge became stronger and that was when I went into photography professionally. I read a lot of books on it, had trainings online. I worked a bit under Don Baba, one of the renowned photographers in Nigeria. That was how it all started.

How far have you come in this career?

Well, I have been in photography for five years. It has not been all bed of roses but it's been good because it would have been worse. There are a lot of aspects of photography that I never thought while coming up then that I would venture into, like doing 'still photography' for moviemaking. Most of what I earn now comes from 'event photography' like weddings, but when I was starting off then I did not even think that I was going to do that. I was thinking of only 'studio photography,' modelling and some other kinds. Right now most of my earnings come from weddings, because that is where a lot of Nigerians celebrate. Now I do album covers, Magazine cover shoots and many others.

Between event photography and still pictures for movies, which is more challenging to you?

When you are doing event photography, you cannot afford to go wrong with the job. You cannot make a mistake because you cannot repeat the actions happening. You cannot give excuses like your memory card got corrupt. It is not their business, because they have paid you and you cannot tell them to go back and wear the same dress or stage the event all over again because you made a mistake. So you have to be extra careful and double sure of what you are doing. You have to be almost perfect. I once had the problem of corrupt memory card when I was still green in the career, I felt lost. I later found out that one can actually retrieve pictures from a corrupt memory card. So experience matters in everything you do in life especially photography, because there is no school where experience is taught.

Photography is often seen as part of art. Do you see yourself as an artiste?

Yes. Photography is art. Before I ventured into photography, I never thought I was a creative person. First, I had a terrible handwriting; I don't like to write. If I was not signing a cheque then I didn't like to write. When I found out that I could actually draw on a computer using a mouse, it worked for me. Because modern day photography is not all about taking a picture and developing it in a darkroom and printing out, photographs now go through a whole lot of process, air brushing, photo manipulation, editing and so on. It is more than what people thought it was back then. Photography is art. Anybody that says it is not art should come and talk to me.

What about the fact that people look down on photographers?

People still look down on photographers. There is no profession that you do now that people won't look down on you. I would not expect people not to look down on some photographers because some photographers actually cheapen themselves. They don't let people appreciate the art in photography as far as they are making just a bit of something to make ends meet. I don't blame them, because it's the economic situation in Nigeria, and for this they don't think about it in the long term. There are a lot people that have made photography a look-up profession in Nigeria. People like Don Baba, Kelechi Amadi Obi, TY Bello, Ade Prompter. If you go outside Nigeria, you get to see the works of Ansel Adams, Imogen Cunninghum, Malick Sidibe, Annie Liebovitz and the rest of them. Photography now is a really big profession and it is something people should reckon with as a career. No matter how people look at it as a mediocre, sooner or later people would realise that photography cannot be done away with because there is photography in everything we do. There is a photograph everywhere and with everything around us. Any image one sees is a photograph no matter whatever form it comes, digital, soft copy, hard copy or billboards, they are all photographs.

What part of this career do you find so interesting?

I like to travel, and I like to travel by road because I get to take a lot of pictures that I would ordinarily not be able to take if I am seated in a studio. When you travel, you get to learn about culture, you learn about people and their ways of life. I did my NYSC in Sokoto and I took a lot of pictures back then that I still appreciate till now. Pictures tell a lot of stories and their kind of interpretation of stories are amazing. In events, I like to see where people are happy and celebration. I like event pictures because the kind of photos you get are candid pictures; people do not pose for them. Just like when you take pictures of Fulani cattle rearer in their natural habitat, these are part of the job that keeps me going.

You said you did still pictures for a movie, what is the movie called?

I worked on the set of an upcoming movie called Tangle With Me directed by Mahmud Ali Balogun. I really don't know when it is coming out because I was just contracted to do the still photography.

What is still photography?

It is a kind of photography that deals with images of the making of a movie. The pictures are taken while the movie is going on, like back of the set, behind the scene pictures, pictures of directors directing the movie on set while the photographer records what they are doing on pictures.

What are your aspirations in the career? Are you likely to go into any other profession?

I wouldn't know for now, because you never know what life has in stock for you. But I don't see myself deviating from photography for now. I want to get as big as some of the top foreign photographers I mentioned earlier.

There is a saying that the beauty of event is measured through the pictures that keep the memories, how true is that saying?

That is very true. In an event, people spend money on the clothing, the venue, food and many other things, but photography is actually what captures everything. Photography records the memories of the whole event. Without it, everything done on that particular event will be dead after that day, because there is nothing to remind people of the happenings. A great number of Nigerians recognise the importance of photography. I thank God for that but there are many who still do not understand a great deal of what photography is. Photography is a very good tool for keeping the memories of the past. For example, I have lots of pictures of how Lagos looked like before Governor Babtunde Fashola came. In future, children that will be born after would not know what Oshodi looked like back then.

How useful is photography to entertainment industry?

Photography is indispensable. It is involved in everything you do. Just like it records memories, entertainment industry, showbiz needs visuals both still and motion pictures for it to be able to entertain the public. People remember more of graphic things than literary things. Photography sells them. It is what is used in advertising; it is in fashion, modelling, movies. It is everywhere. Photography is like the pulse of entertainment and it would be almost impossible to do without in the industry. Even the Bible has pictures, some silhouette.

So you are saying young people should look up to making a career out of photography?

I am an example of how far photography can make you. I have three young people working for me as photographers, which makes me an employer of labour. I pay people salaries and I pay tax as well. For this, definitely there is a huge opportunity with photography but you have to have the passion for it. As time goes by, new technologies come into light and you have to upgrade to be current. Gone were the days when people looked down on photography except a photographer that has refused to grow beyond the old kind of studio shoots. Pictures make the world go round in terms of record keeping.