By University of Cape Town Graduate School Of Business 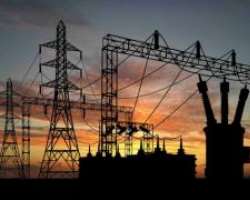 South Africans don’t need to be told that sub-Saharan Africa is woefully short on energy, but what they might not appreciate is that the current power sector crisis hides a vast investment opportunity for the region.

A new report from McKinsey and Company, Brighter Africa: The growth potential of the sub-Saharan electricity sector, concludes that while the sub-Saharan African power sector faces many challenges there is a silver lining: the region is incredibly rich in potential power-generation capacity. This, combined with the fact that there is real momentum for change, means that the potential exists to take development of the sector to the next level.

To achieve success, the report argues that there needs to be a combination of political will, regional integration and financial viability. Private-sector involvement is critical and central to effectively delivering new capacity.

“South Africa’s power crisis has brought an acceleration of solutions in the form of IPPs, which has successfully channelled substantial private sector expertise and investment into grid-connected renewable energy in South Africa at competitive prices,” Eberhard says.

SA’s REIPPPP is the fastest growing renewable energy programme in the world and has already seen significant investment flowing into the country. Private sector investment in renewable energy generation is expected to reach R193 billion following the recent announcement of another 13 preferred bidders for wind and solar photovoltaic (PV) projects by Energy Minister Tina Joemat-Pettersson.

The programme’s success has led to one investor labelling it “the most successful public-private partnership in Africa in the last 20 years.” It is among the top ten privately funded renewable energy programmes in the world.

Eberhard, who also teaches an executive education and professional short course in power sector reform and regulation at the UCT GSB, says a great advantage of the SA REIPPP is it provides an African-specific example from which to learn.

The UCT GSB course annually brings together leaders working in the power sector from around 12 to 15 African countries, creates a powerful learning network and seeks to empower participants to engage specifically with the challenges of adapting to new regulatory regimes and reforming utilities to deliver expanded and affordable services for the poor, while underpinning and supporting economic growth. Private sector participation is frequently on the agenda, including the introduction of Independent Power Producers (IPPs).

With funding from the British High Commission’ss Prosperity Fund, Eberhard’s group is looking at ways in which lessons from the REIPPP may be applied to other African countries. Not all REIPPPP success factors can be easily duplicated, says Eberhard, particularly in low-income countries. Some can be replicated with proxies; others may be ignored. He adds: “The South African experience tells us what factors are essential in countries where the government and private sector players are strongly committed to rolling out a renewable energy programme.”

Perhaps the most important lesson to transfer from the REIPPPP is the benefits of a well-designed and transparent procurement process. Eberhard says, “The REIPPPP experience has shown that private sponsors and financiers are willing to invest in renewable energy if the procurement process is well designed and transparent, transactions have reasonable levels of profitability, and key risks are mitigated by government.”

According to Chairperson of the African Union, Nkosazana Dlamini-Zuma, regional demand for electricity is expected to at least double over the next quarter century and the continent aims to have half of all electricity produced from clean, indigenous, cost-effective renewable power options by 2030 to meet the region’s energy needs. From an electricity-access point of view, sub-Saharan Africa’s situation is the world’s worst. It has 13% of the world’s population, but 48% of the share of the global population are without access to electricity.

Eberhard says in most developing countries, a convincing case needs to be made repeatedly to justify the procurement of renewable energy. REIPPPP was preceded by years of policy proposals that supported climate change mitigation. This background, combined with the looming threat of power shortages in the country, and frustration with Eskom’s lack of action on IPPs, meant that REIPPPP was initially given the benefit of the doubt, even by critics of renewable energy costs.

Eberhard says: “Africa’s perfect storm of energy supply and demand must be weathered with cost-effective renewable power options and enabling frameworks to attract investments, only then will the continent’s vast renewable energy resources have the power to dramatically accelerate economic growth, job creation, energy security and the increasing generation of clean electricity on the continent.”