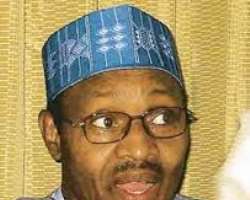 Some Youths in the Niger Delta region have hailed the neutrality posture of President Muhammadu Buhari, on the raging crisis rocking the National assembly leadership

National Coordinator of NDYC ,Prince Emmanuel Ogba who stated this in a Press chat with newsmen in Abuja over the weekend urged President Buhari to lead Nigeria without any tribal, religious or party sentiment for the peaceful development of the nation.

He urged him to work with the leadership of the current Senate president, Senator Bukola Saraki and that of Hon Yakubu Dogara in the House of Representatives for the interest of the Nation

Ogba also described Saraki as a man with the pedigree to successfully pilot affairs in the Upper chambers. According to him, the name Saraki is a Household name in the Politics of the nation and he gave Kwara state enviable leadership while as a Governor in the state

“What the senate needs in the present dispensation is the leadership of a person of Saraki’s caliber. He has the charisma, experience and integrity and strong character to lead the senate” he said. He urged members of the 8th Senate to work together with Saraki as one family irrespective of personal interest, stressing that Senators should jettison their personal, party or group interest for the interest of the Nation because without Nigeria, all the divergent interest would not be there.