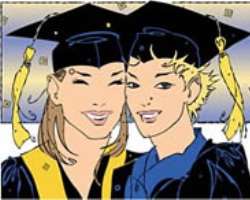 Federal Government should please end this certificate discrimination between HND & B.Sc. holders in Federal Ministry of Interior (Prisons, Immigration, Civil Defence) and others in order to increase their productivity.

This discrimination is irrelevant, dangerious, unethical and unconstitutional.

God why because you caused it by not publishing or broadcasting this message.

Few of the discriminations witnessed in Min. of Interior are;

Above all, HND holder in this Ministry of Interior are regarded and treated as artisans with WASC or Trade Test qualifications.

It is shameful that staff of Ministry of Interior and others as affected no longer concentrate on their duties or bring ideas that could help the job, rather they focuse on getting more certificates by hook or by crook in order to be converted to superintendent cadre.

It is obvious that other well recognised security agencies like;

Federal Government should merge Ministry of Interior with Police to stop this nonsense if they persists in this evil act called discrimination.