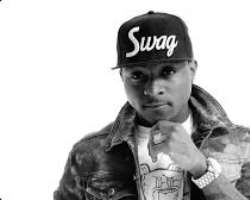 Lagos, 1 July 2015: MTV Base has revealed that Davido, Yemi Alade, Diamond Platnumz, Bucie and Cassper Nyovest, have been added to the sizzling performer line-up for the MTV Africa Music Awards KwaZulu-Natal 2015. The five African artistes join US R&B star NE-YO at the fifth edition of the MAMA on 18 July.

This will be a first time MAMA appearance for Bucie, Yemi Alade and Cassper Nyovest, while MAMA veterans Diamond Platnumz and Davido make a return to the spectacular MAMA stage after a memorable performance of their collaboration “My Number One: Remix” at the 2014 event.

All 5 performers are hot contenders at MAMA 2015: three-time MAMA winners Davido is duking it out with Diamond Platnuzm in this year’s Best Male category, while Bucie and Yemi Alade go head to head for Best Female. Triple-nominee Cassper Nyovest is the running for Song of the Year, Best New Act Transformed by Absolut, and Best Hip Hop.

Celebrating the evolution of African musicians by recognising contemporary artists and trailblazers across a range of music and lifestyle categories, the MTV Africa Music Awards KwaZulu-Natal 2015 will broadcast live across Africa on MTV Base (DStv channel 322), MTV (DStv channel 130) and BET (DStv channel 129) on Saturday July 18, 2015 at 9:00PM.

The show will also be transmitted worldwide on partner stations and content platforms including BET International from 18 July. In addition, a special MAMA-themed edition of MTV’s acclaimed World Stage franchise will air globally on MTV channels around the world on 27 August 2015.