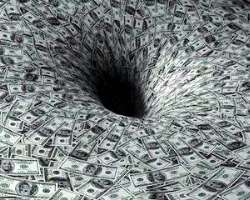 By now it is clear that the Nigerian economy is headed for a massive hit, possibly even a collapse if everything continues on its current course. The overwhelming majority of Nigerian government revenue is still derived from oil exports. Since oil prices have fallen from 115 dollars a barrel to 50 dollars a barrel, economic indicators in Nigeria have taken a downward spiral. The naira has fallen to record lows of around 230 to 1 dollar, and Nigerian capital markets have performed poorly in recent months. The naira remains flat, hovering at around 200 to 1 dollar, with a devaluation seemingly imminent. With global capital markets currently reeling from the Greek default crisis in the Eurozone, oil commodity prices will continue to fall and sovereign borrowing costs will continue to rise rapidly especially for governments low-credit worthiness. It is now the responsibility of the new APC-led administration to arrest the current economic slide. The only way to do that is to increase government revenue, immediately. Throughout the campaign the president and the APC articulated that their plan to do this was by plugging the holes of mismanagement and political corruption, particularly in the petroleum sector. It is undoubtedly true that Nigeria has suffered from gross mismanagement and theft of public funds, particularly in the petroleum industry. The recently released audit report on the NNPC identified a host of opaque and unprofessional practices, including oil swaps (paying for refined oil with unverifiable amounts of crude oil), that needed to be rectified immediately. However, as long as oil prices remain around 50 dollars a barrel, it is doubtful that there will be enough revenue to service debts, fund social development programmes, and sustain the value of the naira, and bailout bankrupted states.

President Buhari still enjoys popular support and will continue to for his first 100 days in office. He has a tremendous amount of political capital to spend in order to achieve political objectives that he would otherwise not be able to achieve. As time goes, political opponents will begin to regain their footing as we just saw in the national assembly, and executing acute policy shifts will become more difficult. It is very important during the early days that President Buhari and the APC decide their battles carefully, in order to sustain their momentum throughout their term in office. It would be a catastrophic mistake for the President and the APC to spend the 100-day period focusing primarily on waging corruption battles. FIRST, the wellspring of political support to tackle political corruption and mismanagement in Nigeria will never run dry throughout the president’s entire term in office. Nigerians are sick and tired of the graft and mismanagement that has plagued the country for over half a century. Ironically, it would be a complete and total waste to squander the honeymoon period of heightened political capital on an issue that they could tackle at any other point in time with little or no public resistance. SECOND, it is doubtful that the protracted corruption battles will plug enough holes and raise enough revenue to stabilize the naira and avert a severe economic crisis, pay bills and rescue the states. Throughout the campaign APC took a page from Soludo, pointing out that a decade ago when Nigeria received debt relief, savings increased with the comparatively low oil prices at the time. The inference they try to make is that they can continue to rely primarily on oil to fund all their initiatives and run the states no matter how low the price falls. The problem with this logic is that the economic landscape in Nigeria is totally different today, Nigeria is not receiving debt relief anymore, but rather is servicing its mounting debts. To make parallels and assertions like this is simply a case where political brinksmanship has been taken too far, which is not based on economic reality. Even if the president were able to curtail all corruption and mismanagement in Nigeria overnight as long as oil prices are down tough times are ahead for Nigeria. The president should resist the initial kneejerk reaction to focus solely on dismantling corruption, or waste time removing the subsidy during his limited and extremely important 100-day period.

Over the last decade, the elite in Nigeria have grown fabulously wealthy. The number of millionaires and billionaires has shot up dramatically. The country has become a top destination for luxury products like private jets, luxury cars, and a host of other extravagances enjoyed by the elite all over the world. The difference in Nigeria is that the elite enjoy one of the lowest tax rates on the planet at around 3%. Nigeria cannot afford to continue to allow its elite to get away with not paying what they owe to the society that has made them wealthy. The same way the elite in every other economically successful country pay their share to society in the form of taxes at an average 13% or more, Nigerian elite must do the same. While it would be a long and protracted fight to curb corruption during the first 100 days in office, the president can fix Nigeria’s revenue problem almost overnight by finally drawing the fair amount of taxes from the nation’s elite. By doing this, Nigeria will avoid devaluing the naira, and the country will not need to implement austerity measures on anyone except the nation’s elite.

There are a series of taxation measures that the President can push nationwide that would achieve this objective, most target the lifestyle of Nigeria’s elite:

As it stands, compliance with Nigeria’s existing taxation measures is very limited. However enforcing these elite taxation measures will only target around 5 million individuals and several thousand companies making it easier to ensure immediate compliance. The Nigerian people should understand that despite ongoing calamity in the rest of the world, an economic crisis in Nigeria can be adverted, the devaluation of the naira is not necessary, and austerity measures that reduces funding to social services is also unnecessary. If any of these things occur in Nigeria it will be because president Buhari made the wrong move. Due to the ongoing crisis in the Eurozone there is not likely to be any help in sight for Nigeria, thus a mistake by the Buhari administration to arrest to current slide could lead to a complete collapse of the Nigerian economy before the end of this year.

David O. Kuranga, Ph.D.
The author is the Managing Director and Principal of Kuranga and Associates, a full-service investment, political and economic risk consultancy, and asset management firm that specializes in Africa. He is also the author of The Power of Interdependence w ith Palgrave Macmillan Press.