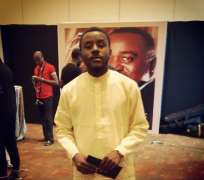 AMONG Yoruba people, one hears a lot these days about what is called “the Aole curse”. It refers to certain traditions concerning one late 18th century Alaafin of Oyo (the old Oyo-Ile, the center of the Oyo Empire – and not today’s Oyo). Awole was crowned as Alaafin of Oyo-Ile in 1789, and he ruled until 1796. The tradition about the “Aole curse”, as described by Samuel Johnson in his History of the Yorubas and by various other traditions,is that in Aole’s last day, before he committed suicide, he brought out the ancient palace totems and pronounced curses on his chiefs who had deserted him, saying that, as they had left him without support and isolated, they would never have unity among them.

In modern times, Yoruba people have, from time to time, had occasions to talk about this “Aole curse”. Whenever Yoruba leaders fail to give the Yoruba people the kind of leadership that the Yoruba people are used to, and whenever Yoruba leaders fail to attend to what Yoruba people regard as crucially important to the Yoruba Nation, it is usual to start hearing our people talk about the “Aole curse”. But I always point to them that the Yoruba people had a leader in the person Chief Obafemi Awolowo, who is still very revered up till today that some politicians in the south west use his picture with theirs on campaign materials, but these people would budge and they remind me of the western region crisis between Awolowo and Samuel Akintola. It was particularly loudly heard during the 1962-66 crisis when the leadership of the Yoruba Nation, in the Western Region, fractured into fragments and brought a lot of suffering into their people’s lives. Today, the Yoruba Nation cannot point to one person and say as their leader, even though most Yoruba people will readily concede that their own State Governments are more orderly, more purposeful, and more achieving than most other State Governments in Nigeria, they are nevertheless worried that their governments and political leaders are failing to unite to attend to a number of unique challenges facing the Yoruba Nation in Nigeria today. A friend reminded me that the Yorubas are gradually becoming like the Igbos who do not have a particular voice that speaks on their behalf and a special class of people who do not like being lord over, every Igbo man wants to be a man of his own.

For instance, they are worried that, as the Yoruba homeland is being invaded by crudely disrespectful outsiders, Yoruba governments and politicians appear to have no interest in the matter, but are focused only on winning elections, and that those who qualify to be relied upon as elders of the nation are not doing anything either but are confusedly messing around with the politics of the politicians. In short, noise about the Aole curse has become a barometer to gage anxiety levels among the Yoruba people.

So, what is the essence of this thing called the “Aole curse”? What kind of person was Aole? The traditions say of him that he was a tall and handsome man, but that, on the whole, he was a terribly wrong choice for the throne of the Alaafin. The one important thing we know about him as a prince is that he was a long-distance trader who traded often from Oyo-Ile to the Apomu market (in the Ife kingdom) and to the Ijebu country.

One story about him at that time paints him as a very crooked person indeed. According to this story, he once hired a close friend of his to help lead his caravan of porters to Apomu. When they arrived at Apomu, he went secretly to some slave traders, and offered to sell his friend as a slave to them. The bargain was struck, Aole received payment, and the slave traders went and grabbed his friend and bound and gagged him for the journey through the Ijebu country to the coast where they would sell him to slave ships going to the Americas. But, fortunately for the poor man, Apomu police officials came to the scene, released him and went to arrest Aole. Aole was then brought before the Baale of Apomu, and the Baale had him seriously punished.

Many years later, Aole became the Alaafin in Oyo-Ile, and the first thing he decided to do was to send the Oyo army to go and destroy Apomu in order to punish the Baale in retaliation. Now, attacking a town in the Ife kingdom was a horrible thing to even think of – because of ancient Yoruba taboos prohibiting attack by any Yoruba kingdom on any part of the Ife kingdom. Horrified, the Oyo military chiefs led the army out in obedience, but they deliberately slowed down along the road, so as not to reach Apomu. Meanwhile the Bale of Apomu fled to the Ooni’s palace in Ile-Ife. A terrible crisis arose.

After a day or two in Ile-Ife, the Baale of Apomu had second thoughts. He decided that he would not bear the abominable responsibility of being the cause of war between Ife and Oyo-Ile. So he returned to Apomu, announced to his chiefs that he would end the crisis by committing suicide, and instructed them to take his head to Oyo-Ile to appease the Alaafin.

Aole was indeed appeased. But he had left a lot of his chiefs alarmed and dissatisfied. And even more than that, the chiefs quickly found that this man had no qualities of a king. He could not trust anybody or have any loyalty to anybody. He never did anything out of pure motives. He was always scheming and twisting things. Even when he gave public honours to people, he would immediately begin to undercut them. He was fond of saying bad things about every one of his chiefs behind their back. In every situation, he tried to use his sacred and ritual powers as Alaafin to intimidate those who did not immediately agree with him. Therefore he frequently brought out the ancient palace totems and used them to curse people even over minor issues. Most Alaafins before him hardly ever touched those totems, but he used them often. His six years as Alaafin were filled with crises. At last his chiefs applied the traditional Yoruba remedy by asking him to go to sleep. That is when he brought out the totems one last time to curse his chiefs.

Now, I wonder how the inability of the Yoruba people to collective have a leader will be deduced as a result of a curse by one useless king who was nothing but a tyrant and a power drunk irresponsible man who maneuvered his way to the throne. He was no great king! It is therefore a sad irony of history that the Yoruba people have now glamourised the story of Aole, and tend to hold him up as a great king who cursed the whole yoruba nation in some justified rage. It is inappropriate to assume that that dishonourable man cursed the whole of yoruba nation.

In conclusion, the reason why the Yoruba people do not have a national leader now is all borne out of politics, personal interests first. That is why the Afenifere group is no longer as formidable and respected as it was and it seldom speak the minds of the Yoruba people. Severally they have rejected calls to make Bola Ahmed Tinubu as the leader of the Yoruba people and they have also done same to the suggestion that Chief Olusegun Obasanjo could be. The quest for a Yoruba leader continues when it will end, we don't know.

NB: Research from the Oodua Pathfinder and other relevant and reliable sources.

Victor Terhemba A political analyst and social commentator from Lagos.

Disclaimer: "The views/contents expressed in this article are the sole responsibility of Victor Terhemba and do not necessarily reflect those of The Nigerian Voice. The Nigerian Voice will not be responsible or liable for any inaccurate or incorrect statements contained in this article."
Articles by Victor Terhemba
28-8-2017  From Young Leaders To Old Looters; The Trajectory Of A Failed Generation.7-7-2017  How To Prove That The Termination Of Your Employment Was Wrongful14-6-2016  Taking Extremism Out Of Islam10-11-2015  Record Labels; Non-existent In Nigeria17-10-2015  The Fallacy About FeminismMore...