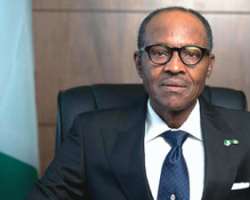 Immediate past governors of Lagos and Rivers states, Mr. Babatunde Fashola and Mr. Rotimi Amaechi respectively; a former governor of Ekiti State, Engineer Segun Oni and Education minister in the Obasanjo government, Dr. Oby Ezekwesili, may be among the ministerial nominees being considered by President Muhammadu Buhari, The Nation has gathered.

Also believed to be on the list expected to be forwarded to the Senate next week are a former Chief of Army Staff, Lt-Gen. Abdurahman Danbazzau; Prof. Pat Utomi of the Pan Africa University, Lagos and Chief Economic Adviser to the late President Umaru Yar'Adua, Dr.Tanimu Yakubu Kirfi.

One of ex-Ekiti Governor Kayode Fayemi and ex-Osun Governor Olagunsoye Oyinlola may also be picked.

Presidency sources said last night that while Buhari is keen on having a lean cabinet, the 1999 Constitution is an impediment as it stipulates that every state of the federation must be represented in the Federal Executive Council.

Buhari and his think-tank are said to have realised that the size of the incoming cabinet cannot be less than 36.

Although the President is keeping the list to his chest, it was learnt that he is disposed to accepting nomination of capable,tested and what one source called 'ethical' candidates from ex-President Olusegun Obasanjo, ex-Chief of Army Staff, Gen. T.Y. Danjuma, APC national leader Asiwaju Bola Tinubu, ex-Vice President Atiku Abubakar, and the newly-elected Senate President, Dr. Bukola Saraki.

Ex-Minister Bolaji Abdullahi and former National Chairman of the Peoples Democratic Party (PDP), Alhaji Kawu Baraje are likely to slug it out for the Kwara State slot.

Buhari is also said to favour consulting Tinubu on some slots, regardless of pressure from some elements in the Presidency.

A source said: 'The President has been consulting widely on the list of his ministers. All things being equal, some candidates from ex-President Olusegun Obasanjo, ex-Chief of Army Staff, Gen. T.Y. Danjuma, Asiwaju Bola Tinubu, ex-Vice President Atiku Abubakar, and the newly-elected Senate President, Dr. Bukola Saraki may make the list.

'Some of these heavyweights have submitted advisory names but it is left for the President to reject or accept them.

'Governors will have less input into the cabinet. The President is actually fine-tuning the list of ministers which he will soon send to the National Assembly. We are hopeful that in the next one week or two, the legislature may get the list.

'As I am talking to you, the President is keeping the list to his chest. I am aware that some ex-governors may make the team on merit.'

On the provisions of Section 147(1-3),one source said: 'It is difficult for the President to manage a cabinet that is less than 36 because of the constitutional provision.

'The President may however reduce the perks of office of Ministers and make the posts less lucrative except for genuine ones who want to serve the nation. So in the light of 147(1-3), the President is handicapped and he has to run the government with at least 36 ministers unless the constitution is amended.'

The section reads: 'There shall be such offices of Ministers of the Government of the Federation as may be established by the President.

'Any appointment to the office of Minister of the Government of the Federation shall, if the nomination of any person to such office is confirmed by the Senate, be made by the President.

'Any appointment under subsection (2) of this section by the President shall be in conformity with the provisions of section 14(3) of this Constitution:

'Provided that in giving effect to the Provisions aforesaid the President shall appoint at least one Minister from each state, who shall be an indigene of such state.'

When contacted, one of the strategists of the new administration said: 'The President is still keeping the list of ministers to his chest; he has not disclosed any list.' The Nation