Rochas Okorocha: Is It Right? 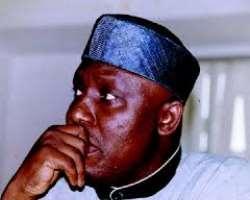 My heart is presently bleeding. I am in pains, just as other well meaning citizens of Imo State who reside in the State capital are in pains also. Two cult groups – THE VIKINGS and the BLACK AXE are at each other’s throat. They are seriously killing and maiming themselves and nobody seems to know what the problem is this time around. Innocent residents of Owerri have also fallen victims to the ongoing war between the two groups and people now move around in fear.

My interest here is not on the two groups that have turned the State capital into a war zone, killing and maiming people; rather my interest is on what the Imo State Government is doing about the situation.

The question on the people’s lips is; what is the State Government doing to stop this war? And I am adding; what is Governor Rochas Okorocha doing to stop this war? What is the Imo State Police Command doing to stop this war? Last year, precisely on the 3rd of June, 2014, the immediate past speaker of Imo State House of Assembly, Rt. Hon. Benjamin Uwajumogu sent five (5) armed cult boys on the orders of Governor Rochas Okorocha to come and kill me for exposing fraud in government. When the cult boys stormed my compound they ended up killing an innocent young man, Architect Franklin Okoli. I have decided to bring up this story once again because it will help the reading public to truly understand what is going on. Speaker Uwajumogu quickly alerted the police and directed them to my house to affect the arrest of all the people in my compound.

However, moved by uproar in the State, the then Chief of Staff to the Governor (Sir Jude Ejiogu) called for a security meeting on the 5th of June 2014 inside Government House wherein all the security agencies in the State and the leadership of cult groups in the State were present. At the security meeting, it was confirmed that Speaker Benjamin Uwajumogu sent the five cult boys to come and kill me but who eventually killed Architect Franklin Okoli. The names and addresses of the five boys were submitted at that security meeting. Sir Jude Ejiogu moved the following day 6th (Friday) June 2014 to effect the release of all those fraudulently and criminally arrested in connection with the murder of the innocent man, at the Imo State Police Command. He succeeded but the then Commissioner of Police (Mr. Abdulmajid Ali) and the then Deputy Commissioner of Police (Mr. David O. Folawiyo) alerted Speaker Uwajumogu on the development and Uwajumogu in turn called the Governor who was in Abuja to inform him that Sir Jude Ejiogu had scuttled their plans. Okorocha went mad and ordered the police not to release anybody. He also ordered the police not to arrest the killers of Architect Franklin Okoli. Finally, he (Okorocha) scolded Sir Jude Ejiogu for calling the security meeting that exposed the truth of how Architect Franklin Okoli was killed without his consent.

The narrative above is for the public to know where I am coming from and to where I am going.

In the first place, the Imo State Government knows the leadership of the two cult groups that are now at each other’s throat. (A) What then stops Governor Rochas Okorocha from calling the two groups to order? (B) What stops Okorocha from finding out what the problem is? (C) Does it mean Okorocha is happy that human blood is flowing freely in Owerri, the State capital? (D) Is the current killing in Owerri a plot to get at those already marked for elimination by the State Government? (E) Is the current blood spilling in Owerri a ritual sacrifice for the Reformed Ogboni Fraternity? (F) Why is the Imo State Police Command deaf, dumb, blind and cripple on the blood spilling in Owerri? (G) Has the State Governor (as usual) asked the Imo State Police Command not to arrest the situation in the State capital? (H) Is it true that Governor Rochas Okorocha and Uwajumogu are patrons of cult groups in Imo State as was revealed at the security meeting on the 5th of June 2014?

The above 8 questions will help the Force Headquarters, National Human Rights Commission(NHRC), Human Rights Groups, Amnesty International, Transparency International and well meaning citizens across the globe to know who Governor Rochas Okorocha is?

It is said that one does not go about chasing rats while his house is on fire. Unfortunately, Okorocha does not seem to give a damn if everyone’s blood flows in the State. He is just busy scheming, plotting, and running around, thinking how to impose his in-law, Professor Anthony Anwuka on President Muhammadu Okechukwu Buhari as the Secretary to the Government of the Federation. But the plot has failed. This brings us to the issue of the various killings and kidnappings in the State of which the Police have refused to find solution to. Many Imo citizens and Nigerians believe that the current cult war in Imo State is a deliberate set-up orchestrated allegedly by Governor Rochas Okorocha to divert attention from his real plot which is to have those opposed to his evilcratic, jezebelic and fraud infested leadership eliminated. After all, he has a killer squad controlled by his son-in-law (Mr. Uche Nwosu) who is also the current Chief of Staff. The uninvestigated spate of killings in the State by the Imo Police lends credence to this assertion. After all, the killers of Architect Franklin Okoli are known and their names with all the security agencies in the State. Yet the police have refused to arrest them. Nevertheless;

The Holy Book (The Bible) says there is no peace for the wicked; that is why Okorocha is running up and down trying to cover his nakedness which has already been exposed to the public. Almighty God through the Bible told me to fearlessly expose the truth and rebuke sharply the evils going on in our dear society. Ecclesiastes chapter 7 verse 5 says “It is better to hear the rebuke of the wise, than for a man to hear the songs of fools”. Again, Titus chapter 1 verse 13 says “This witness is true. Therefore rebuke them sharply, that they may be sound in the faith”.

Finally, when political leadership is in the hands of evil men, ritual killers, occult men, homosexuals, kidnappers, murderers and treasury looters, etc. the people and the society will continue to be bastardized. A governor who cannot secure the lives and property of the people he is governing is not worthy and qualified to lead.

I ask again, Rochas Okorocha; Is It Right?
I rest my pen.
Signed