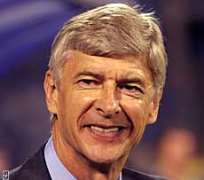 Arsenal missed the opportunity to move level on points with Manchester City in second place in the Premier League as Swansea snatched a dramatic late win thanks to Bafetimbi Gomis’s header.

The Swans’ disciplined six-man midfield frustrated the hosts in a goalless first half.

Former Arsenal goalkeeper Lukasz Fabianski made a flurry of saves to deny Santi Cazorla and Aaron Ramsey among others as the Gunners attacked relentlessly after the break.

But with less than five minutes left, substitute Gomis nodded in – as goal-line technology showed Arsenal keeper David Ospina had failed to palm the ball away.

That gave Swansea a first league double against Arsenal since the 1981-82 season, after Gomis had also scored the winner when Garry Monk’s side beat the Gunners 2-1 in November.

The hosts remain three points behind Manchester City in the Premier League table, albeit with a game in hand.

Gunners boss Arsene Wenger was able to name the same team for a fifth successive game for the first time since 1994, with Ramsey recovering from an injury suffered in the win against Hull.

It was the Wales midfielder who created the first chance of the match, his arcing fourth-minute cross headed over by striker Olivier Giroud.

That proved to be a rare opening in a tight first half, as Swansea stifled their opponents. BBC