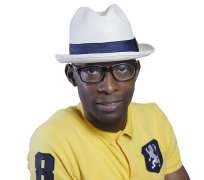 A very cerebral lawyer, a friend to all irrespective of class and position, and arguably the best advocate of the masses that his state has produced in recent times, Barr. Onofiok Luke is one man who has stood his ground as a perfect bridge between yesterday and the tomorrow.

With humility as his second name, Onofiok catches the admiration of all as one who is bereaved of the ostentatious aura of public office holders and perhaps that is why his greater number of friends are the commonly placed people and the handicapped. During the just concluded general elections, the former Speaker of the National Youth Parliament became the face of PDP in Nsit Ubium, and through the faith and confidence in him, the party was able to easily amass comprehensive victory in the election irrespective of the fact that the governorship candidate of the main rival opposition party hailed from the area.

However all his achievements and attainments are stories for another day. For today, I am compelled to make this comments because of overzealous attempts by some people in trying to rally support for Hon Luke through some incoherent articles on the media. One of such article is titled ONOFIOK LUKE: A MOULD OF A PERFECT SPEAKER, written by a certain Emmanuel Nicholas in which he makes Onofiok Luke appear as seeking public endorsement to attain the ultimate position in the hallowed chambers.

I can say without fear of equivocation that Onofiok has not authorized anyone to write and project him as the most qualified for the position of Speaker in the sixth Assembly. If anything, he is busy doing his best to end his tenure on a high in the fifth Assembly. In a recent interaction with him in the course of my assignment, I have come to realize that this particular politician is very God-fearing and depends on God for elevation.

Don’t get me wrong, everyone likes to be appreciated but on this count the writer should weigh the disaffection this may cause among other lawmakers, who may see the lawmaker as being desperate for a position he can easily get on merit.

As a seasoned and experienced lawmaker, Hon Onofiok knows very well the various processes through which respective offices are attained and has therefore not asked anyone to write to campaign on his behalf.

At the level of lawmakers, the only set of people who are constitutionally endowed to choose a Speaker are the elected members of the assembly and they don’t need the sycophantic hurriedly scribbled articles to know who is best qualified as a first among equals. And the direction to do this is being given by the party which I understand as zoned the position to the Uyo Senatorial District of the State.

The likes of Emmanuel Nicholas could have written and praised Onofiok Luke when he was moving different motions and sponsoring different bills on the floor of the house; he should have rallied support for Onofiok when he was soliciting for votes to return to the hallowed chambers before the elections. For goodness sake, that time has pass and the season of sugar coated language is over.

At a time that sycophancy is being seen as a way of life, I wish to sound a note of warning to all concern to leave Onofiok Luke alone. When Onofiok became the Pioneer Speaker of the Nigerian Youth Parliament , he didn’t require any sycophant, when he became President of the Student Union Government in his university days, he was elected through his humility; when he became a Personal Assistant to the Governor, he did not require the services of praise-singers; Service and nothing more earned him the two tickets to the Akwa Ibom State House of Assembly.

Now that it appears glaringly that his time more glory day is neigh, no flatterer should emerge from nowhere to blow it.

Emmanuel Edet
Nsit Street, Uyo
Akwa Ibom State
(no man has the right to rule over another, without that person's consent)