NIGERIA Our Fatherland: The Motherland Of Every Minority In Every Tribe Of Every Region And State

By Comrade DP JOSEPH Compatriot Of The Republic 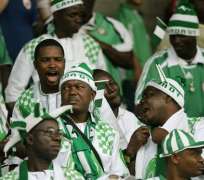 (From the dairy of a Nigerian Youth who saw Today from Yesterday that will shape our Tomorrow.(this piece was originally written in 2014).

My people and citizens of this great land called Nigeria,I greet you all.

A nation with diverse tribes,cultures and languages,I salute you all this day,. Nigeria Our Fatherland The land with so much religiousness but filled with so much hypocrisy and currently political leadership desperation and gangsterism is now at it's peck,with so many political power and leadership pirates and kidnappers loosed into our political and leadership system whose only agenda and propaganda is power and elections.

These set of people have constantly continue to masquerade themselves as patriots,democrats and progressives,while they are actually the nightmare of this country and it's citizenry. The land that some opportunist have now turned into their own private colony and enterprise for ventures that are of social-political and economic interest and benefit to just themselves,there families and allies whose stake in this land of ours is just to keep consolidating and pushing for that which will continue to project and protect their images,business interest,their well-being and advancing their personal parochial accumulations actually drives their acquisitive programmes, policies and agenda.

And that is why from independence till date these same set of people right from our colonialist "handover leadership" down to the military coupist/dictatorial era and now "democratic kleptocracy" dispensation,yet this same sets of people and blocs have always being the same set and group of people just changing in nomenclature fighting not for the ordinary trader in Aba or Onitsha neither have they tried to better the lives of the children in Kano or Sokoto rather their fishermen and creek dwellers of Basan and Oporoza have continued to drink the same contaminated water filled with organic chemicals ,pollutions and different defecates...like the people of Oloibiri, the Ogonis are yet to recover from the destruction done to their means of livelihood and survival just like millions of their other brothers across the niger delta.

The farmer in Ogbomosho and his sister and son casting their nets all-through the night along the Eko river are all surviving basically everyday from hand to mouth.

These poor and helpless people are gradually and mostly the elderly have already given up on governance and government because they are tired of seeing these same "leaders" come into power in different capacity only to develop more areas for themselves and families,build more houses and estates for themselves from the treasury while projects and programmes meant to uplift the poor citizenry are allowed to suffer set backs and sabotage.

Nigeria Our fatherland Where dictators and feudal political godfathers now "code" name themselves as "Progressives" and "democrats" who wants to enforce change but the question I would always ask is...Hope this change is positive and not some self driven quest to enlarge their "sucking pipe" which they've being using all these years to suck our common wealth.

Nigeria our fatherland where political parties now operate as cult/secret society groups whose interest and that of their "don's" come's first., Where patriotism is now being redefined as doing anything necessary in the name of "for my country" with your own gain and interest as key and if their is nothing to benefit instead "make them chop" then the country will "jagajaga and scatter scatter" for all they care.

Nigeria our fatherland where impunity is now officially a way of exercising the level of influence and powers/connection that you have in the society.

Nigerian Our fatherland where our youths are now more concern about when it's going to be "our turn to thief and own a share in the national treasury"..out of frustration many are waiting to collect the pipe which will enable them "suck" their fare share of the treasury,so well that they believe it has really gone down with this current "democratic kleptocrats" currently holding prominence for this democratic era of governance.

Nigeria our fatherland where on seeing a politician and public servant/leaders..what comes to you mind foremost is "na the thieves and lie lie people be this"...trust, integrity and sincerity is no longer a value that people wants to celebrate.

CORRUPTION: when you are caught now means you are not smart ENOUGH and so everybody who gets the opportunity wants to be smart enough to "hammer" and that is why the stealings are NOW VERY systematic and strategic that no one is scared of being caught because you can even get away with it and just in case you're hunted to be used as an example "never get caught with evidence" and even in cases where the evidence is there make sure you have stolen so much so you can always have lots to pay your way through the case with little scratch.,AND ALIGNING YOURSELF WITH THE PARTY AND PEOPLE IN POWER/OFFICE is just the best and new way to protect and immunize yourself against such eventualities of prosecution and conviction.

Nigeria our fatherland where politicians get paid like drug barons,mafias and smugglers ...and so they are ready to do anything in desperation to make sure those money never stop flowing like streams into their accounts and pockets.

Nigerian our fatherland where some group of 5 people could take decision for thousands and millions of people not minding how it would affect the ordinary people on the street in future,where former leaders who are well known to be the problems of this nation are now more important than the faithful citizenry and people hustling their lives and livelihood on the our streets, creeks and farms all for daily survival.

Nigeria our fatherland where our lawmakers breaks the law to protect their Legislathievry and the executhieves exlusively executive their own side of the coin while the judiciary collects their share of the whole organic looting that has continued to be-devil us as a country and all these are evidently in virtually all tier/arm of our government and governance.

Nigeria our fatherland where different threats and incitement has gone out, is currently going on right now and will continue to go on all for the benefit of some few and all not just for the current situations of things and sufferings but a continuous culminations from the pasts and various bad leadership that has caused the ordinary people lots of unbearable frustrations and instead getting angry and desperate for better life of the masses they are rather in all this quest for controlling,contracting and owning the political ruling power shift and bloc that determine the running of some national cake sharing in this nation.

For the now We have just one Nigeria,one fatherland and as long as we are together We must and have to work together in unity for it's advancement and to better well-being and lives of our citizens particularly our poor rural dwellers and most especially for posterity and our generations unborn.