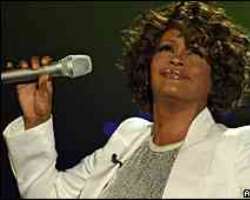 Singer Whitney Houston has postponed three concerts at the start of her UK tour due to illness.

Houston, 46, was diagnosed with an upper respiratory infection by doctors in Paris, where she had already cancelled a concert.

She had been due on stage in Manchester on Thursday and Friday this week but the gigs have been rescheduled for 16 and 17 June.

Her Glasgow show on Sunday has been moved to 1 May.

Medical advice
It had been reported in France that Houston had been admitted to a hospital in Paris suffering from nose and throat problems.

But a statement from her record label, RCA, said: “Doctors visited Whitney late last night in Paris and confirmed that she was suffering from an upper respiratory infection.

“Upon medical advice, Whitney has been advised that she cannot perform to allow her time to recover.”

Further gigs in Birmingham, Nottingham, Dublin, Newcastle and London will go ahead as planned, her label added.

Concert promoters Marshall Arts have asked ticket holders for Manchester and Glasgow to retain their tickets which will remain valid for the rescheduled dates.

Houston, one of the world's most successful music artists – who has sold more than 170 million records, has been dogged by ill-health as she attempts a major comeback.

After a battle with drug addiction and the break-up of her 14-year marriage to singer Bobby Brown, she released a new album I Look to You in 2009.

The album was well received by critics, topping the US chart and charting at number three in the UK.

But a lacklustre performance at a recent show in Australia had fans questioning whether the singer could still match the range of her early vocal performances.