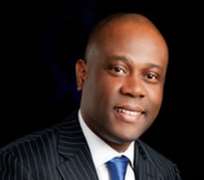 Access Bank Plc has recorded gross earnings of N76.7 billion for the first quarter ended March 31, 2015, showing an increase of 34 per cent compared to N57.3 billion achieved in the corresponding period of 2014. Out of the gross earnings, interest income and non-interest income grew by 17 per cent and 47 per cent respectively

Loans and advances few from N1.12 trillion as at December 2014 to N1.15 trillion as at March 31, 2015, just as customer deposits stood at N1.39 trillion down four per cent from N1.45 trillion in December 2014, resulting from run-off of expensive funds and replacement with stable and lower cost deposits, as the bank strive to sustain its  margins.

“Our focus remains on the delivery of sustainable value to our shareholders. We continue to deepen and broaden our top-tier corporate relationships whilst optimising growing our diverse retail customer base to support low-cost liability growth,”he  said.

Access Bank early this year made a rights issue to existing shareholders to raise  to raise N52.6 billion. The proceeds of the issue will be used to boost the bank’s working capital, enhance its information technology and expand branch network, which is expected to ultimately lead to improved performance and returns.

Wigwe had said   the capital raising fell in line with bank’s five-year corporate strategy plan to be one of the top three banks in the country and the 'world's most respected African bank'.

'This will be anchored on four critical pillars - capital, human capital, governance and risk management. It will also enable the Bank to be more competitive and meet the funding needs of its blue chip customers that meet its credit risk criteria.

The funds raised would provide Access Bank with additional capacity to further consolidate its leading corporate banking business as well as additional capital headroom to support our increasing market share in the SME and retail segments,” he said. - Thisday.