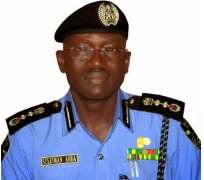 A pressure group in Ekiti State, the Ekiti Democratic Coalition (EDC) has hailed the removal of the Inspector General of Police (IGP), Suleiman Abba, accusing the sacked IGP of collaborating with the All Progressives Congress (APC) to subvert the mandate of Ekiti people freely given to Governor Ayodele Fayose.

Reacting to the sack of Suleiman Abba, EDC, in a statement signed by its Convener, Comrade Boladale Adeniyi, alleged that the sacked IGP and the immediate past Commissioner of Police in the State, Taiwo Lakanu aided the APC lawmakers in their evil plot to remove Governor Fayose.

The group alleged that Suleiman Abba was to be used by the APC to subvert democracy in Ekiti and some other PDP controlled States.

"Lakanu was removed unceremoniously as Ekiti State Commissioner of Police. Now, Suleiman Abba too has been sacked.

"The major lesson to be learnt here is that Fayose's mandate is being guarded by God and He is ready to humiliate anyone working against the people's governor," EDC said.

The group warned the APC lawmakers to tread the path of peace and development rather than advertising their hatred for Ekiti and its people.

It said; "If you were using Lakanu against Ekiti people and Lakanu was removed, you were also using IGP Suleiman Abba, he has now been sacked, shouldn't it be clear to those plotting against Fayose that they are hitting their heads against Ekiti rocks?

"The fate that befell CP Lakanu and IGP Suleiman Abba is enough to tell those still running from pillar to poll, plotting Fayose's impeachment to understand that Fayose holds Ekiti people's mandate and fighting against him is like fighting against the entire people of Ekiti and the Lord who created them."