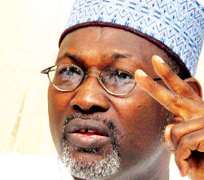 The Abia State Police command has arrested and detained the wife of one of the henchmen of the governorship candidate of the All Progressives Grand Alliance (APGA),Dr.. Alex Oti for being in possession of Independent National Electoral Commission (INEC) sensitive materials including result sheets, ballot boxes and police walkie talkies.

Commenting on the matter, the Deputy Chief of Staff, Office of the Deputy Governor, Chief Charles Ogbonnaya disclosed that the husband of the woman who is the main suspect escaped leading to the arrest of the wife.

According to him, the woman is being detained at D7, Police Headquarters, Umuahia, adding that the incident occurred at Amiyi Nvosi in Isiala Ngwa South LGA.

Chief Ogbonnaya commended the police for a job well done, noting that recently, the police also arrested someone with 120 permanent voters cards (PVCs) from the same Amiyi Nvosi.

He stated that the disclosure has shown that it is APGA that rigs elections in the state adding that PDP works hard to win elections legitimately.

He called on the police to charge the matter to court.

Meanwhile, one Mrs. Rosemary Onuiri has cried out to the police over her brutalization and threat to her life by suspected APGA thugs.

Onuiri who claimed that she was attacked by suspected thugs of the governorship candidate of APGA, Dr. Alex Otti, said she survived the attack by God's grace but however sustained a lot of bodily injury.

According to her, items lost in the incident include her Primera vehicle, personal effects like her drivers licence and a cash sum of N38,000.

She said the matter has been reported to the police and called on the police to investigate the matter with a view to bringing the suspects to book.