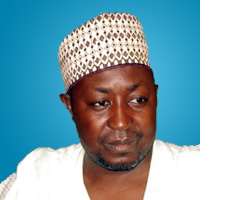 He won in an overwhelming poll of votes which was not a surprise to election analysts. The National president of Nigerian Association of Chambers of Commerce, Industry, Mines & Agriculture (NACCIMA) is said to have comfortably secured the mandate of his people mainly because of his grass root relation to the people.

A graduate of ABU Zaria, who worked his way to become a top player in industry, oil & gas, transportation (land & sea) and other vast business interest in Nigeria and around the globe

His humble nature and philantropic out- reach, transperency and hard work endeared him to his

people. A bold declaration by his people today is a testament of who he has been to Jigawa State.