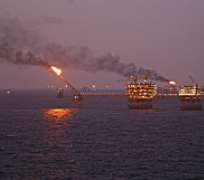 Listen to article
Those who looted the over $142 billion dollars oil revenue in the last five years of Jonathan's regime cannot be working for Jesus Christ, even if some of them bear Christian names, preach in their churches and give fat tithes and offerings. Those who looted state and local government treasury under any of the parties are all guilty of stealing and corruption which is against biblical injunctions , and anyone supporting or defending them cannot be working for Jesus Christ, no matter how anointed the person is. Muslim clerics have also informed me severally that Islam does not permit the looting of national treasury

I have had many fellow Christian clerics tell me things like “Collect that money and build your ministry”, ' Give to Ceaser what belongs to Ceaser and Give to God what belongs to God”, “ that money is my portion of the wealth of the gentiles”, and many illustrations used to justify praying for looters of public funds to continue the process. This level of supporting a thieving government and justifying monumental corruption is one of the hall of shame displayed by some misguided gospel ministers especially since money for vote crept into the church during Obasanjo's bid for a second tenure in 2003.

In the year 2003, many Christian clerics were induced by Obasanjo and they used the pulpit to disenfranchise rigged out voters from protesting the 2003 electoral fraud, which led to more satanic ways of rigging elections in 2007 AND 2011. . When Obasanio got into his second term, these pliant 'super men of God' were rewarded with contracts, import waivers, tithes, offerings, seed faith, and having blessed the then rogue regime, and covered them with 'anointing power'.

I personally know some pastors who are close to the incumbent Goodluck Jonathan. Some of them are my mentors while I also mentored a few of them, however, our point of divergence has always been the issue of corruption. I cannot support a corrupt regime, especially the type that superintended the theft of over $142 billion dollars (N28.4 Trillion naira) in eight years. The details of how I arrived at the conclusions can be glanced through my write-up titled 'stolen!! $142 billion dollars Nigeria's Oil Revenue in five years in the midst of national poverty', still awash all over the social media. In the said write-up I used the average figure of established incidences of oil theft over a period to spread over the remaining period. This simply means that if in 18 months, $20 billion dollars of oil revenue was missing, then in five years there is a probability of $66 billion dollar theft.

In the said write-up I posited “Though the NNPC had agreed that under their watch, $ 11 billion dollars was stolen in 2013 alone, we shall still use the conservative figure of $ 5 billion dollars annually to calculate the oil theft. The use of least average in cost computations is applied.

“Going further, In Jonathan's 60 month period ending May 29, 2015, there is a probability that the sums stated below might have totally missed if he fails to tackle corruption within NNPC

Prof Chukwuma Soludo put his own estimate of off budget theft at N30 trillion naira. At the benchmark of $20 dollar to naira, this translates to $150 billion dollars. This figure is higher than my own calculations of $142 billion dollars by about 3 percent. Probably Soludo used revenue loss per period to arrive at his estimate. I used revenue loss of established cases per period, spread over the remaining period. Both are conventionally acceptable.
For instance, while Mr. Andrew Yakubu told an Abuja conference in 2013 that Nigeria's oil theft for that year alone is $11 billion dollars, I chose to use the figure of earlier year of $5Billion dollar theft for computation of revenue loss from oil theft in order to reduce the theft figure and maintain public peace.

Therefore there is nothing scriptural in supporting a few persons not numbering above one thousand, stealing what can give Nigeria 284 Niger Bridges, or 284 Teaching Hospitals or 284 Universities of world standard. Jesus Christ, were he to walk the Nigeria now, cannot support such monumental corruption. The encounter in the Bible between Jesus and a corrupt government official named Zacheaus ended in favor of the masses with the later telling Jesus that “Look, Lord! Here and now I give half of my possessions to the poor, and if I have cheated anybody out of anything, I will pay back four times the amount.” Jesus said to him, “Today salvation has come to this house, because this man, too, is a son of Abraham. For the Son of Man came to seek and to save the lost.”

This attitude of Jesus must be our attitude to monumental corruption. We must insist that in the spirit of Christianity, any church goer that loots public funds, especially in the manner illustrated above, should quietly return it back to the people, and either directly or through community based poverty alleviation programmes. This must be the Christian standard. Those acting otherwise are not representing Jesus Christ well on this earth. They are also contributing to the debasement of national pride and decency and bequitting a satanic legacy of corruption to our youth and children.

Christians should not aide or abet corruption. They should help the thieves to return stolen money and channel it to developmental works. Clerics should educate the congregation to be anti-corruption minded even if a church member is a beneficiary. Muslim clerics should do likewise. The few hundreds of persons in the oil industry who followed to steal from Nigeria the probable sum of $142 billion dollars, and those who stole in their respective states, irrespective of party affiliations, should repent and return them back to the national treasury with receipt of remittance. On the other hand they should channel such to poverty eliminating activities in their communities. Failure to do so urgently, a tsunami that will rock the system will flow from nowhere and sweep all of them away. They are thieves, and if there is any Christian among them, the fellow is not working for Jesus Christ because thieves do not work for Jesus Christ.