Fayose: Ekiti people will defend their mandate, says; he won't be distracted 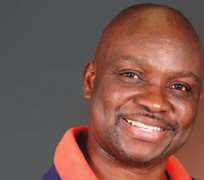 Ekiti State Governor, Mr Ayodele Fayose has described his governorship as a mandate freely and wholeheartedly given by Ekiti people, saying; "Ekiti people who are the owners of my mandate will defend it against political usurpers, whom they had rejected twice in the last nine months."

According to his Special Assistant on Public Communications and New Media, Lere Olayinka, the governor also urged the Chief Justice of Nigeria (CJN), Justice Mahmud Mohammed, to sustain his stand of not allowing the use of the judiciary to change the outcome of elections.

Fayose, who described the noise of impeachment and Supreme Court judgment being made by the All Progressives Congress (APC) as a plot to distract him from concentrating on governance and the coming Saturday's House of Assembly election, called on members and supporters of the Peoples Democratic Party (PDP) in the State not to be distracted from their goal of delivering all the 26 Assembly seats in the State to the party.

He said; "Sovereignty belongs to the people and the people of Ekiti State on June 21, 2014, surrendered their sovereignty to me to be their governor for four years.

"Instead of respecting the wish of Ekiti people, which they again affirmed on March 28 and will further affirm on April 11, the APC people that were rejected in two free and fair elections have been trying all tricks to return to power through the back door.

"They filed several cases in their bid to stop my inauguration as governor and even committed murder in the process."

Speaking further, Governor Fayose said; "The Speaker of the State House of Assembly then, Dr Adewale Omirin was assured of assuming office as Acting Governor and that informed his non-attendance of my inauguration, as he was still hoping that even on October 16, 2014, a court order would be gotten to stop my inauguration.

"Their evil plots against the mandate of Ekiti people failed then, but up to now, they are not relenting.

"Today, even though Omirin has been duly impeached, he still believes he can be Acting Governor while Dr Kayode Fayemi that was roundly rejected by Ekiti people is also boasting that he will return to power through the instrumentality of the court.

"However, let me warn the APC as a party to respect the wish of Ekiti people as the PDP and President Goodluck Jonathan respected the wish of Nigerians on the election of Major General Mohammadu Buhari (rtd).

"Any attempt to undermine the sovereignty of Ekiti people, using whatever instrument will be resisted by the people themselves because power belongs to the people and they have handed it to whom they desire to exercise till October 16, 2018.

"The APC gladiators in Ekiti should therefore emulate President Jonathan and the PDP by waiting till 2018 to try their luck again."