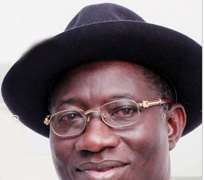 The presidential candidate of the All Progressives Congress, Gen. Muhammadu Buhari (retd.) defeated President Goodluck Jonathan in the elections conducted inside the Presidential Villa, Abuja.

There are two polling units-Unit 021 and 022-located side-by-side within the premises of the seat of power.

At Unit 021, Jonathan beat Buhari to second position with 293 votes while the APC candidate scored 265 votes.

For the House of Representatives election in Unit 022, APC polled 334 to beat PDP to distant second with 241 votes.

For Unit 021 however, it was a close contest between APC that won with 255 votes and PDP that polled 254.

The sorting and counting of the votes ran ended at 11.30pm, necessitating some voters to illuminate the venue with the headlamps of their cars.

Meanwhile, Jonathan has returned to the Presidential Villa after casting his vote in his hometown, Otuoke, Bayelsa State.

He was inside his official residence while the votes cast in the two units were being counted.

He was said to have returned at about 8.30pm.