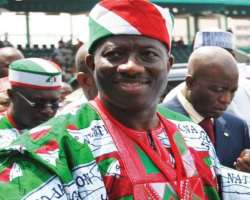 Sometime last year, I "boarded" a bike only to realise, some two to three hundred metres to the agreed destination that the road would be bad further on, having rained heavily the previous night. So I took it upon myself to alight prematurely and save the bike man avoidable
trouble: slips, falls, and mud. But when I paid him what was commensurate with my new stop, he refused flatly and said I had to pay him for the whole journey, a journey I will now complete on foot out of consideration for the ingrate! I and you are a selfish lot!

Just last month, I was regaled with tales of how Buhari formed the WAI Brigade during his (in)famous reign of terror, of how a few civilian youths would patrol the streets and hand over defaulters to the soldiers for (inhuman) discipline, of how they were themselves terror in the community, respected, nay, feared! And the kicker was that the narrator was routing for General so he could dust his uniform of thirty years and resume his delusions of authority, summarily! That was his reason for singing Buhari to the polls; even after I told him we are in saner times!

And what moral justification does a Buhari who would not go back to school and set his certification in order since 2003, or who cannot afford a Nomination Form despite his handsome pensions and simple lifestyle, have to tell a fellow Nigerian how to run his affairs? Pray tell...

My Ògá's main grouse with the current administration, in my entitled opinion, is the falling Exchange Rate which, truth is, is understandable once we ignore the pervasive attitude of calling a dog a bad name simply to gift him to Ògún! We all know we have an oil-based economy; and for a long time before Jonathan. Now that oil prices have crashed, the Naira must slide if we must continue to subsist on oil! IF a barrel was $100 and $1 was N150, then when the barrel becomes $50, $1 must become N300!; otherwise we won't have sufficient income! IF $1 < N300 (in this example), then we must appreciate GEJ for diversifying our economy by some 30% in his 5 (NOT
6) years!

But the elites will not. They would rather we all starved at the expense of the Dollar so they can continue to travel out as they see fit and use dem overseas hospitals and hotels, and attend dem exclusive Dubai parties beyond our reach! They are quick to forget that any society that cannot save the poor, cannot save the rich...

They are quick to back Buhari, yet IF Buhari comes in, there will be a lot of collateral damage as there was in '84 and, as my Ògá rightly opined, the rich will survive (unlike in the current blinded regime), since they, and their connections, will be in charge. Yet, Justice must be blind, as must fairness.

Autocracy will be promoted as the only solution to Nigeria's age-old problems. Yet, "the problem with autocracy is that once the atmosphere has been established or allowed by the leader, many tin gods at the various levels of the strata will for any number of reasons, exploit the situation for the purpose of settling personal and petty scores including disputations over girlfriends!"

There will be dictatorship, no doubt. Democracy is slow, as Buhari will soon find out. And democracy is expensive. Since democracy is a game of numbers, the rule of the majority, and the practice of (a lot
of) give-and-take so that to execute a $20b project may require spending $180b to pacify opposition and smoothen the rails, especially in Nigeria where there are powers behind every throne, post, and mole hill. Yet, "the irony of dictatorship is that a leader can be so conscientiously wrong in his crusading mission."

Recently, I read that abduction of (Christian) girls had always taken place in the north, and that previous regimes had gagged the press and downplayed the problems until a group of miscreants became so emboldened that they could kidnap innocent Nigerians in their hundreds! In fact, the man went on to say the modus operandi was to go to the King and beg for the release of some! In this our Nigeria!
Please, was that Jonathan as well?

What d'you do when you have in-laws that want the truth but do not love the truth? You learn to lie so well that even the truth becomes a lie... Ditto for citizens that do not believe that it takes time to quench insurgency by your own countrymen and in a democracy: first, you must exhaust all means of peaceful resolution lest you be liable for genocide; then you must recruit military operatives lest you be overrun from without while you face the battle within; then you must acquire up-to-date weaponry, a process that is vulnerable to international politicking; then you must get your neighbours to attack as you do lest they become sanctuaries for the fleeing rebels, a source of perpetual reinfection!

It takes a lot of time, diplomacy and commitment to achieve these, and a lot of patience (transitorily termed "cluelessness"); why d'you think the US is always signing backroom deals with rebels?

But Jonathan has done it!
Now don't be selfish!
VOTE JONATHAN!

Still on blind Justice, and fairness to all, the greatest achievement of Jonathan's regime has been Freedom (of Information). That is why we have a thriving opposition party, that is why we can rally against him (unlike in the Obj days of his tenure), that is why APC can win elections! In fact, IF APC wins this Presidential Elections, it will have been due to President Jonathan's truly liberal democracy, and nothing else.

Freedom is why we know money is stolen, lost, embezzled, or not at all; it is how we know girls are always kidnapped despite our false sense of security of yesteryears; it is how we see monthly allocations in the newspapers each month. Idi-Amin once seized a plane ferrying cash from Nigeria, back in the days of militocracy; but you didn't know that! And left to Buhari, we will all be gagged by Decrees 2 and 4!